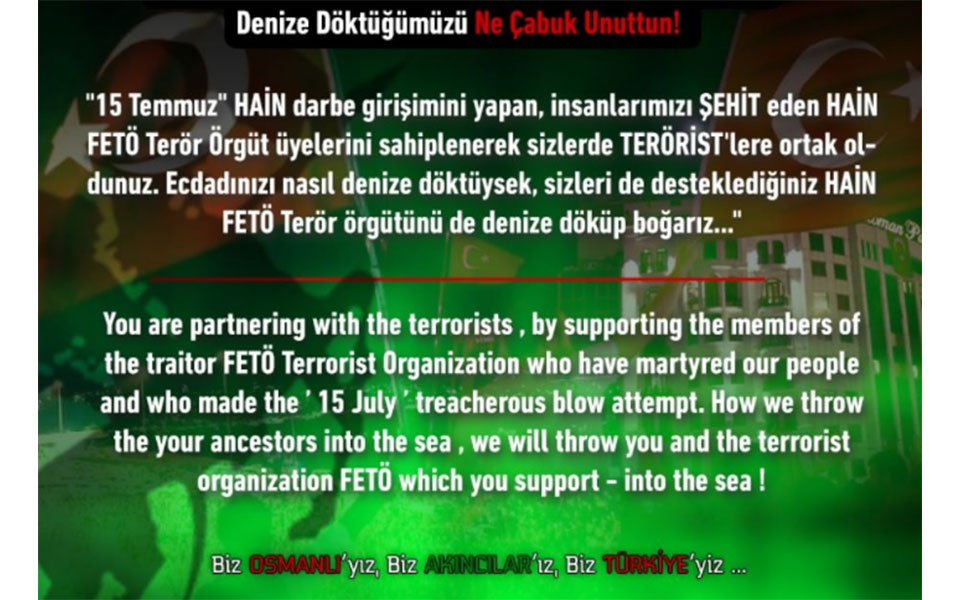 The Athens-Macedonian News Agency on Monday night was hit by Turkish hackers who wrote threatening messages against Greece.
At 11:00 on Monday night a message referring to the eight Turkish soldiers who were granted asylum in Greece appeared on the home page of the state press agency, threatening that the Turks will throw the Greeks into the sea like they did to their ancestors.
The hackers’ message was in the Turkish language, with the Turkish flag in the background and was translated into English: “Greece forgets fast, we have thrown your ancestors into the sea, we will do it again”.
According to AMNA, technicians of the agency had discovered indications of hacking attempts and they were on the alert over the past two days. The hackers’ message was taken down within minutes.

It was on this day, February 26, one year ago that the first case of coronavirus was confirmed and officially announced in Greece.
Greek News