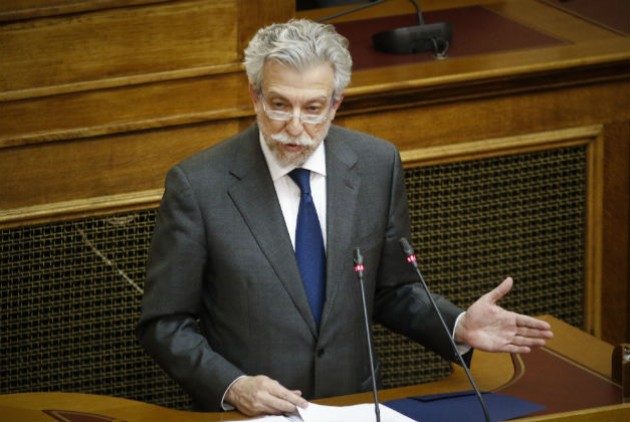 There is no question of making any changes to the existing legislation in regards to cases of self-defense when a citizen is threatened by an intruder in his home, Greece’s Justice Minister Stavros Kontonis said on Monday.
The minister spoke in the Greek Parliament in reply to a question by MP Dimitris Kremastinos. The Democratic Coalition MP asked Kontonis about a recent case where an 88-year-old man shot one of the two burglars who had broken in to his house.
The man was arrested and taken to jail. The fact caused a public outrage in light of the rise of violent burglaries and robberies in recent months. At the same time, Deputy Citizen Protection Minister Nikos Toskas was criticized for saying that no citizen has the right to take the law into their own hands.
It is a “very serious issue,” noted Kontonis and said that the Penal Code regarding self-defense is clear and explicit and there is no need for any changes.
“Self-defense is the right of every citizen,” he stressed. “The existing institutional framework is perfectly adequate. The law gives the right but at the same time sets the limits.”
Kontonis added that the Legislative Committee has studied the case and found no reason to change the existing Penal Code provisions.
“It is not my intention to change anything, either,” said the justice minister.