GRNews
GreekReporter.comGreeceGreece at the Bottom of Mediterranean Countries in Luxury Tourism

Greece at the Bottom of Mediterranean Countries in Luxury Tourism 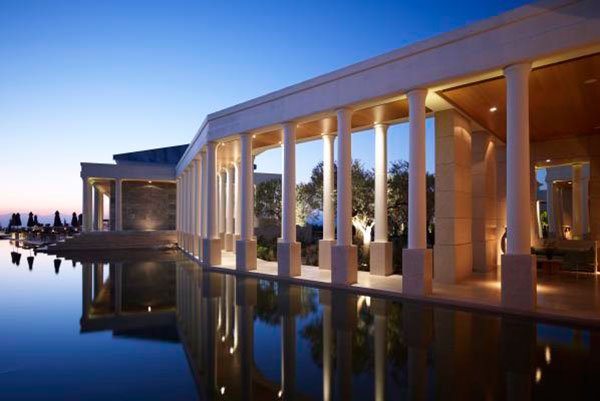 Greece is the last choice destination in luxury tourism due to the lack of adequate infrastructure and poor promotion, according to the Association of Greek Tourism Enterprises (SETE).
Greece is fourth in attracting tourists, after Spain, Italy and in a tie with Turkey, getting 15 percent of tourists who visit Mediterranean countries. However, only 8 percent of wealthy  tourists choose Greece for their holidays.
Luxury tourism is measured by the amount spent on accommodation and luxury vacations are considered those with a cost of more than €750 per night per person for more than three nights or more than €500 per night per person for more than four nights.
Even though Greece shows a continuous growth in the number of tourist arrivals, tourism revenues remain relatively low.
According to the SETE study, 402,000 tourists chose Greece for luxury vacations in 2016, or 1,4 percent of all trips to Greece including the cruise visitors with 2.2 million overnight stays (1.1 percent of the total). However, they accounted for 13.7 percent of total spending, cumulatively around €1.8 billion. This figure is only 9 percent of total spending of this category of tourists in the Mediterranean with the lion’s share going to Spain and Italy.
Tourists from all over the world who made the Mediterranean their holiday destination in 2016 reached 4.4 million, with 23.8 million overnight stays nights and spent almost €20 billion.
The average cost per trip and per day amounted to €4,498 and €833 respectively. For the most part, the profile of these travellers are couples aged 35-44, belonging to the upper income class. Their length of stay is usually from four to seven nights and they choose Italy (35.6 percent of them) and Spain (31.0 percent. Only 8 percent of wealthy tourists chose Greece.