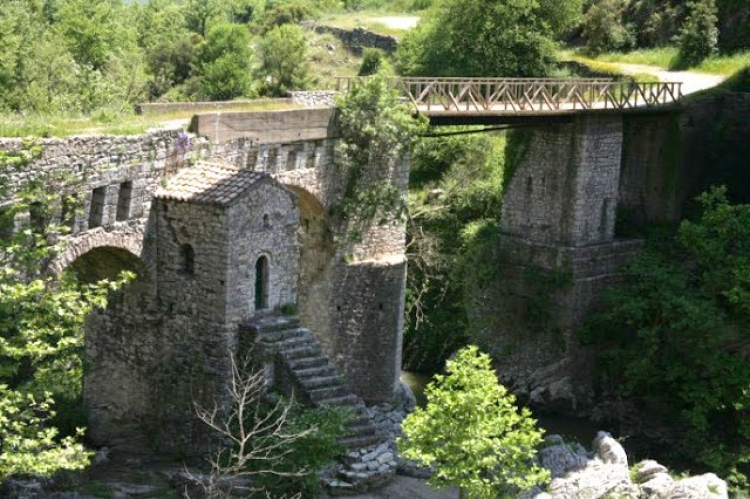 The bridge of Karytaina is widely known as the ‘5,000-drachma bill bridge’ because its image, along with that of the town, was on an old Greek banknote.
The stone bridge in the mountainous Arcadia region of the Peloponnese is one of the most impressive bridges to be found in Greece.
It is named after the village of Karytaina, perched upon a hill, now listed as a protected traditional settlement. With a population of 274 at a 2011 count, Karytaina is one of the oldest towns in the Peloponnese, with a 13th century Frankish castle still standing.
The famous bridge is above the Alfios river, has a length of more than 50 meters and five uneven arches. The largest of them has an opening of 8.75 meters. On the west side there is a chapel dedicated to the Virgin Mary.