‘It Smelled of Myrrh’, Says Greek Worker Who Entered Tomb of Christ 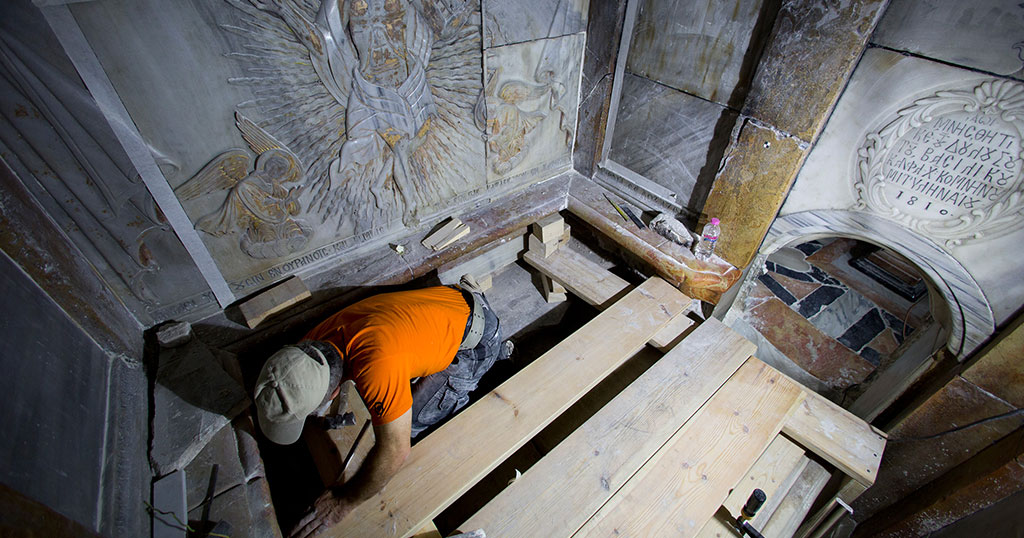 “I felt awe. I felt unreal. I cried when I found out that I came here because the Lord wanted it. And I was not very much a man of faith,” said Petros Haloftis-Rigas from Megara, a restoration expert who worked in the Tomb of Christ in the Temple of the Resurrection in Jerusalem.

Haloftis-Rigas spoke to local newspaper News of Megara and Western Attica and the interview was posted on YouTube.

“The tomb was not to be opened,” said the 49-year-old. “The reason they opened it was because they were doing grouting work as they were afraid that water might run through the masonry and destroy what was inside.”

The worker said that he smelled something like myrrh as soon as he entered the open tomb, a scent like no other. “The place smells of myrrh anyway as the monks use it in the entire Temple of the Resurrection. However, this smell was something else. Something unique that I have not sensed before.”

Haloftis-Rigas spoke of another strange detail regarding the Tomb of Christ. “In the  masonry behind, inside the wall, and at a height of about two meters, I found a wooden wedge about 20 cm long that had a very nice smell that lasted for about three days. It was there for 200 years. Normally, it should have smelled rotten. Yet, it was fragrant,” the restoration worker said.