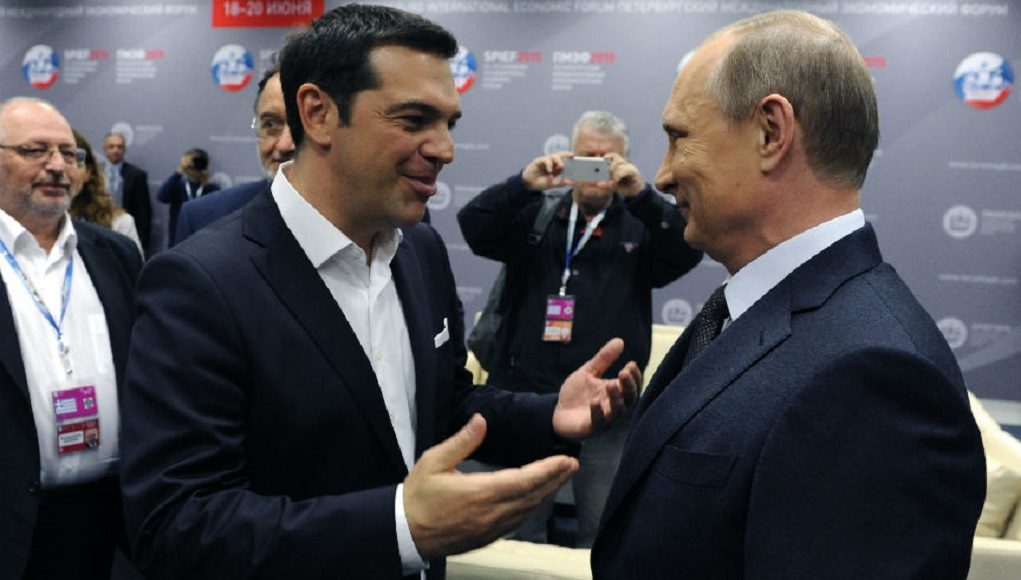 Russian President Vladimir Putin has invited Greek Prime Minister Alexis Tsipras to Moscow, after a telephone conversation during the latter’s stay in Brussels for an EU summit.
Tsipras called Putin on Thursday to congratulate him personally for his victory in the Russian elections, according to the Athens-Macedonian News Agency.
According to government sources, in addition to Greek-Russian co-operation, the two leaders had the opportunity to discuss crucial issues concerning Euro-Russian relations as well as developments in the Eastern Mediterranean, with particular emphasis on Turkey’s aggressive attitude.
A Kremlin statement claimed the Greek prime minister congratulated the Russian president on his victory in the presidential election, and that “Vladimir Putin called Alexis Tsipras to visit Russia”.
According to the announcement, during their telephone conversation, the two men confirmed their intention to further develop the Russian-Greek cooperation.
“We are pleased to note the strengthening of cooperation in the trade, economic and humanitarian field,” the announcement read, adding that “topical issues of European security and the situation in the Eastern Mediterranean were discussed”.