One of Greece’s most beautiful homes — once owned by a British writer described as “a cross between Indiana Jones, James Bond and Graham Greene” — is set to become a center for scholars and intellectuals.
On Wednesday, Athens’ Benaki Museum and Aria Hotels revealed Patrick and Joan Leigh Fermor House in Kardamyli will be preserved for people to work in its stunning environs from 2020 onwards.
Under the alliance, the museum will ensure the preservation of the house and its contents, and enable the public to have access to the beautiful property.
Hospitality services will be provided by Aria Hotels, a hotel and villas company that specializes in the provision of authentic retreats in restored, historic Greek properties. 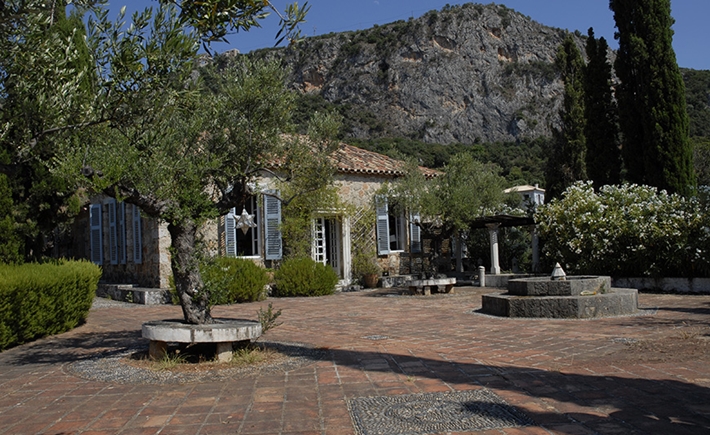 Leigh Fermor House is located in a Mediterranean garden of cypress trees, olive trees, fragrant shrubs with white oleanders and wild flowers rolling down to the sea. It has three stone buildings: the main house, the writer’s studio and a small annex.
Sir Patrick Leigh Fermor (1915-2011), universally known as ‘Paddy’, was an author, scholar and decorated war hero. He is also celebrated as one of the finest travel writers of his generation.
As a member of the British military, he played a prominent role in the Cretan resistance during the Second World War and was a great admirer and lover of Greece. 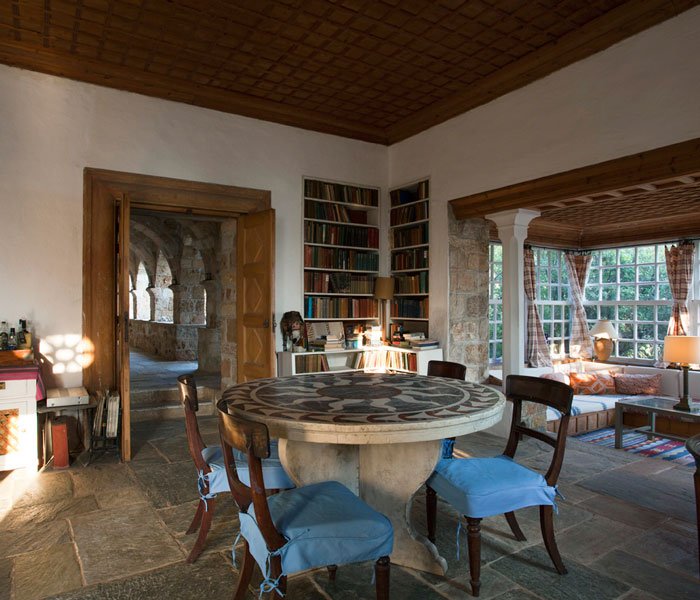 In the 1960s Leigh Fermor and his wife Joan chose to spend the rest of their lives in Greece and to build their home, lavishing much love and attention on it, in the idyllic coastal town of Kardamyli.
In 2016, the Stavros Niarchos Foundation approved a donation to the Benaki Museum to fully cover repair works and restoration.
For more information, visit the webpage of the Patrick and Joan Leigh Fermor House.