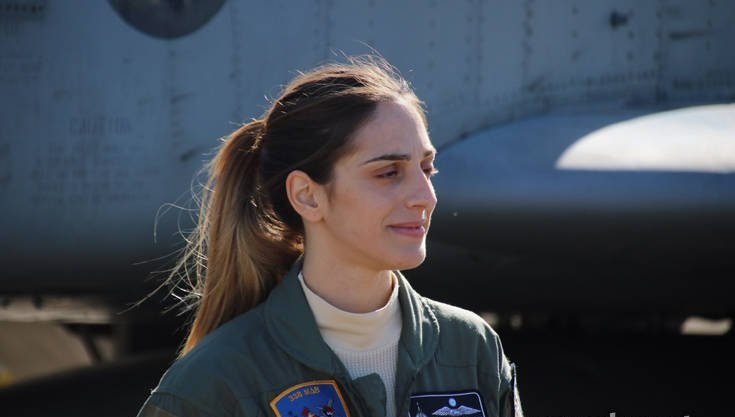 Second Flight Lieutenant Acheillia Georgakila, the second woman to fly a Greek Air Force F-4 Phantom fighter jet, impressed reporters in the “Iniochos 2018” military exercise.
Georgakila flies a F-4 Phantom on a daily basis as she is responsible for the weapons system of the aircraft. On press day of the “Iniochos 2018” exercise at the Andravida airport, Georgakila spoke to Greek television saying that there are very few women pilots in the Greek Air Force but the numbers are growing.
At the moment, she said, she is the only one who flies a fighter plane; her predecessor being a trainer who is in Kalamata now. Most of the women in the air force are in helicopter and transport crews.
The Israeli press crew was particularly taken by the performance of the Greek female pilot, the TV report said.