German Press: Greece Refuses to Take Back Refugees from Germany 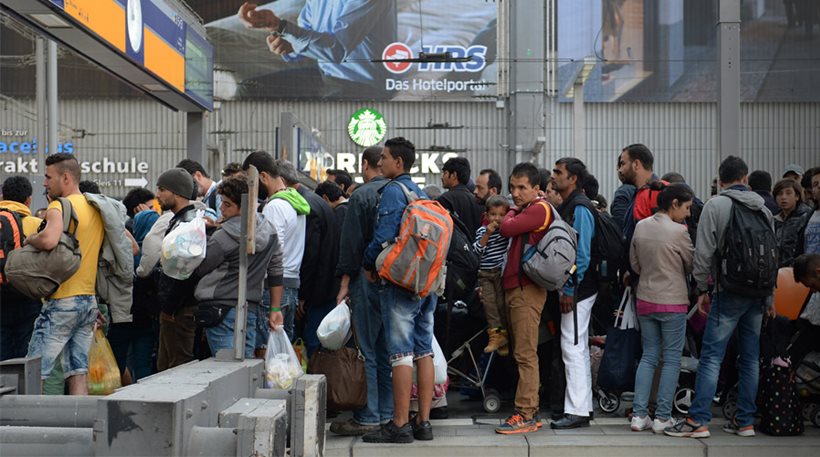 Greece has refused to take back refugees from Germany, in violation of the Dublin Treaty, says Germany’s Passauer Neue Presse.
According to the report, in response to a question by Germany’s Left party (Die Linke), the ministry of the interior replied that Germany had made 2,312 resettlement requests.
However, even though Athens admitted that it was responsible for 81 cases, Greek authorities have so far not taken a single refugee, the ministry was quoted as saying.
The Dublin agreement says that the first country of entry in the EU is responsible for examining asylum applications and granting asylum to those who qualify.
According to the German Agency for Migration and Refugees, a total of 2,735 refugees and migrants currently living in Germany should return to Greece, based on the Dublin Treaty.
The German ministry of the interior criticizes Greek authorities for refusing 95 percent of the cases. It does not explain, however, why Greece does not accept refugees from Germany.
Germany received 3,189 refugees from Greece last year in the context of the so-called reunification of refugee families. They are mostly Syrians, Afghans and Iraqis. Overall, Greece requested the transfer of 5,800 refugees to Germany. German authorities approved 90 percent of the cases.
Greece is not the only country that does not accept taking back refugees from Germany. Since May 2017, Berlin has requested the return of 3,304 refugees and migrants to Hungary, but Budapest has not received any back.