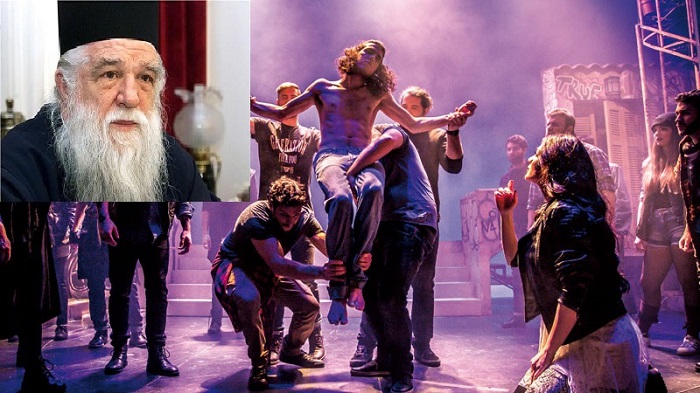 The influential bishop of Kalavryta, Amvrosios, has called on all Greek Orthodox Christians to boycott public broadcaster ERT for its coverage of the musical Jesus Christ Superstar which opened recently at an Athens theater.
In an open letter, the bishop launched an attack against ERT reporters, accusing them of “serving a purpose other than presenting news” and of “seeking to brainwash the viewers”.
The cause of his outburst was a show on the famous musical which also included a live interview with the bishop of Kythira, Serafeim, who filed a lawsuit against the play claiming it is blasphemous.
Amvrosios claimed that the journalists were offensive towards the bishop and that throughout the interview had adopted an disrespectful attitude towards him.
He also said that ERT was funded by the Greek people who demand balanced news and not “leftist propaganda.”
“My fellow Christians, turn off ERT, it’s unacceptable,” he added.
ERT responded by condemning the bishop’s remarks as posing a threat to freedom of the press, but also to democracy itself.
Personal attacks against journalists are unacceptable, it said, and defended its record claiming it respects the religious sentiment of all citizens.
“ERT presents all views on topical issues, equitably and impartially, by encouraging open dialogue.
“On this issue, the show hosted supporters of both views, as any modern, democratic public service broadcasting should do.”