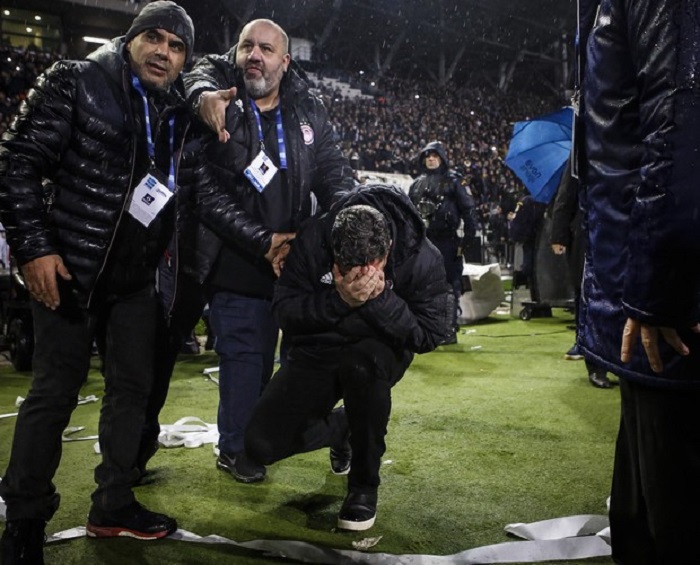 Olympiacos coach Oscar Garcia was rushed to a hospital after he was hit by an item thrown by the crowd just before the start of the top of table clash against PAOK in Thessaloniki.
The incident occurred just before kick off when the Spanish coach was walking towards the bench.
Television footage shows an item, most probably a till roll, hitting Garcia below the eye. The Spanish coach was given first aid and later transferred to a Thessaloniki hospital.
The Interbalkan European Medical Center announced late on Sunday that the Olympiacos coach will spend the night in hospital and leave on Monday, provided his condition improves.
PAOK, who was leading the race for the Greek title, is in danger of being penalized with deduction of points and a hefty fine.
League rules dictate that if a club’s supporters are responsible for the injury to anyone who is legitimately on the pitch, the club loses the match 3-0, has three points docked, faces a fine between 6,000 and 80,000 euros and must play two or three home games without fans.
If PAOK is found guilty, AEK becomes the leader of the Super League and a hot favorite for the title.