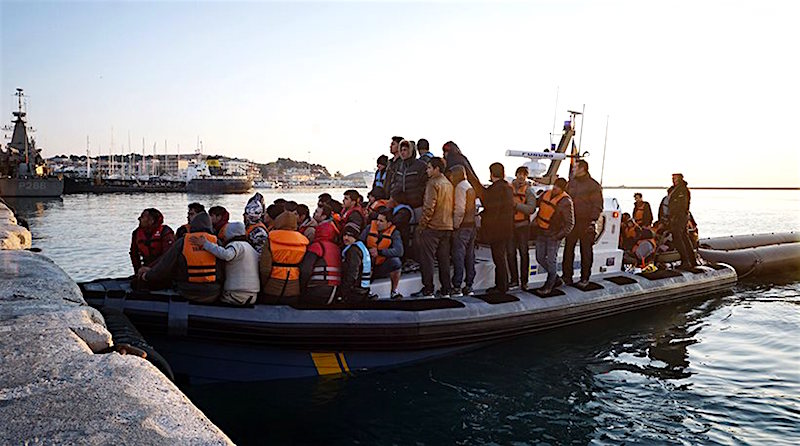 Seventeen Turkish nationals crossed the Aegean to the Greek island of Chios by boat on Monday and requested political asylum.
The local coast guard patrolling the area located them as they were approaching Pounta beach at the small island of Oinousses, near Chios, and proceeded to their rescue.
The 17 individuals were transferred to the Central Port Authority of Chios, where they are detained and questioned.
Local media report the asylum seekers claimed to be Turkish officials, some said to be high ranking, working mainly in the judicial branch of the government.
They claimed to be seeking asylum to avoid persecution and imprisonment by the Erdogan government, which has been pursuing dissidents since the failed coup of July 2016.
They will be transferred to Athens where their applications will be reviewed.
Up to 1,500 Turkish citizens have crossed the Aegean and requested asylum since 2016.