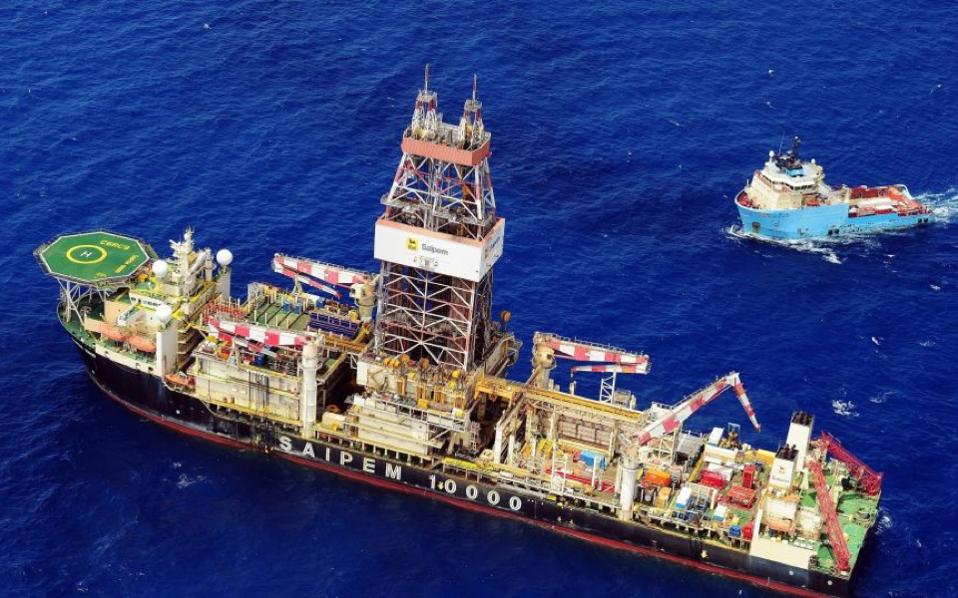 Cypriot Foreign Minister Ioannis Kasoulides said that the harassment of a drilling ship in block 3 of Cyprus’ Exclusive Economic Zone by six Turkish warships was a “pirate” move.
The drilling ship that belongs to Italian company ENI expects the green light from the company to move towards the point “Soupia” to continue drilling in search for hydrocarbons.
The rig of the Italian company, which was harassed by the Turkish Navy, remains some 15 nautical miles away from its target, 70 km from the southeastern coast of Cyprus.
Kasoulides told RIK state radio that the captain of “Saipem 12000” expects further instructions to continue towards the drilling target.
Invited to comment on the information that ENI instructed the rig captain not to proceed, Kasoulides stressed that yesterday the company ordered the captain not to return.
The Cypriot Foreign Minister noted that Italian company is not particularly concerned over the escalation of Turkish provocations, adding that it is accustomed to such harassment actions.
“In many countries in the world where oil exploration is being carried out, such incidents happen often,” the minister said, describing the action as “pirate”.
Kasoulides noted that the Cypriot government is in continuous contact with the Italian government and ENI, and has already informed the European Union and the U.S. Embassy about Turkey‘s provocations.
The Cypriot Foreign Minister has said that the situation will soon be clarified, adding that the solution will come from Rome.
He also pointed out that the Italian government would protect its interests and noted that Turkish President Recep Tayyip Erdogan was not satisfied with Rome’s response to his protests for the ENI activities in the Cypriot EEZ.
(Source: Athens Macedonian News Agency)