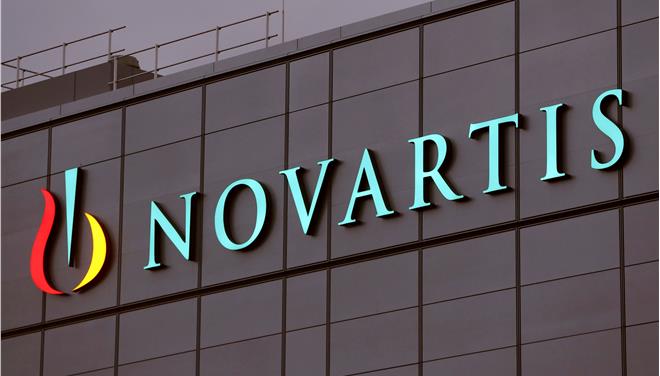 The case of the Novartis pharmaceuticals giant and allegations that former top government officials — including two prime ministers — were receiving bribes has shaken Greece’s political world.
On Tuesday a file from the Supreme Court Prosecution Office was tabled in parliament. According to the case file, ten former high-ranking officials and other parties allegedly took bribes worth millions of euros from the pharmaceuticals company.
According to government officials who have looked at the files, three former Novartis employees have testified to the Supreme Court Prosecution and are in witness protection. The testimonies incriminate former prime ministers, ministers and other top officials for receiving bribes.
The testimonies claim the vice president of the company’s Greek branch was transferring money to the accounts of the officials either through PR firms representing the politicians or directly to their accounts.
These testimonies begin with allegations that the health minister during the 2006-2009 period received a total €40 million ($49 million) in kickbacks for ordering a huge amount of vaccines.
More testimony alleges that a former prime minister received a suitcase full of large-denomination euro bills, carried in the trunk of the car of Novartis’ vice president in Greece. The purported bribe had to do with the prime minister fixing the prices of medicines purchased by the Greek state.
Another allegation involves a health minister of the 2009-2010 period who allegedly received a suitcase containing €120,000 in cash that he laundered through a computer hardware company.
Further testimonies involve the finance minister between 2012-2014 alleging that his wife’s company received €1 million from Novartis. Others involve journalists who acted as mediators between the pharmaceutical company and pertinent government officials.
Strong denials
However, the accused parties have reacted strongly because, as they say, it is unconstitutional for government officials to look at Supreme Court case files, much less act as judges before the parliamentary committees make decisions.
There are also reactions regarding the three protected witnesses. One of the persons accused said that anonymous testimonies without any hard evidence carry no weight. He said that this is not a case of murder or drug trafficking which would justify placing witnesses in protection.
A former prime minister said he will file charges against Prime Minister Alexis Tsipras, the deputy justice minister and other government parties involved for slander and defamation.
The consensus among all persons accused is that the case is orchestrated by the government as a counterattack after Sunday’s ‘defeat’ over the mass rally in Athens over the name of the Former Yugoslav Republic of Macedonia (FYROM).
The rally was a also a protest demonstration against the government and, according to the active opposition lawmakers who are on the Novartis list, the government has tried to create a smokescreen to divert attention from people’s discontent over the handling of the FYROM name issue.
It is no coincidence, involved parties and political analysts say, that the last testimony was given on Sunday evening, right after the massive rally that the government tried so hard to downplay, ridicule and vilify.
The question, analysts say, is why an investigation that started in November was completed in February, since all the witnesses started testifying then. It is not a simple coincidence, the accused say.
Furthermore, SYRIZA ministers and lawmakers say they knew about the Novartis case for two years, analysts say. So, the question arises naturally, why is it being tabled in parliament now?
Analysts also attribute the timing of the Novartis case with the diminishing popularity of Alexis Tsipras and his administration in the polls after they passed further harsh austerity measures in order to close the third review of Greece’s bailout program in January.