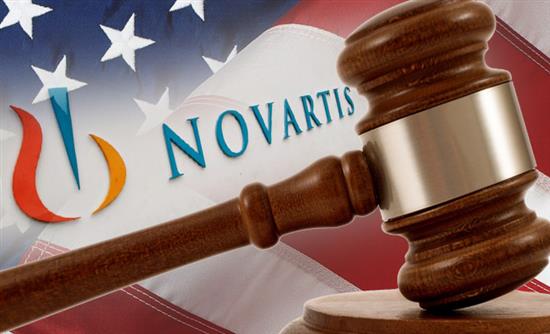 The names of ten former ministers are on the list of suspects of bribery from a pharmaceuticals company to be investigated by the Greek Parliament, according to national broadcaster ERT.
The list is forwarded from the Corruption Prosecutor’s Office and is in regard to the case of Novartis pharmaceuticals company and alleged criminal responsibilities of former ministers for the 2006-2015 period, mainly for bribery.
According to ERT, the case file that was to be sent to the House on Monday refers to a total of ten politicians, who served as ministers in competent posts related to decisions on the pricing of pharmaceuticals. Specifically, former ministers of health, finance and development are involved, while a senior executive of the multinational company is investigated for the bribery and he is not allowed to leave the country.
Also, current Shipping Minister Panagiotis Kouroumblis is to be investigated as he was health minister in 2015.
However, since the law on Liability of Ministers has barred the possible bribery charges because the time has lapsed for most of the cases, the prosecutor is to investigate the ministers from money laundering, where time limitations do not apply.
Prime Minister Alexis Tsipras met with Justice Minister Stavros Kontonis and the Alternate Minister Dimitris Papangelopoulos on Monday to discuss developments in the Novartis bribery investigation, after prosecutors reportedly found that former politicians are involved in the case, sources said.