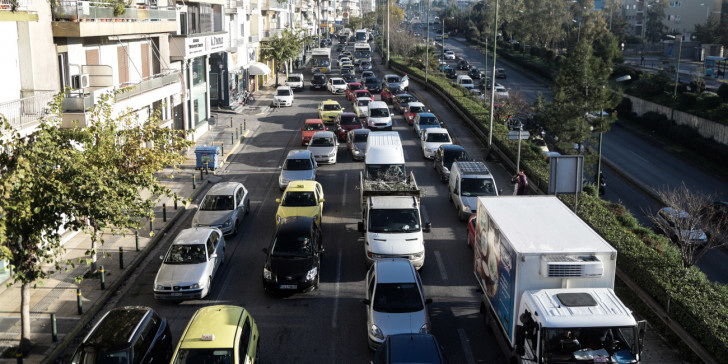 Greece is Europe’s second-most expensive for gasoline, coming fifth worldwide, according to the GlobalPetrolPrices list.
The list dated Jan. 29 reveals Iceland has the most expensive gasoline among 166 nations, with average fuel prices at €1.68 ($2.l0) per liter. It is followed by Norway with €1.66, Monaco and Hong Kong €1.65 per liter, the Netherlands with €1.59, while Greece and Italy tie in fifth place at €1.57.
In the European Commission’s weekly bulletin, also dated Jan. 29, Greece was in third place with €1.55, behind Italy with €1.57 and the Netherlands with €1.60.
After a new excise tax on fuel imposed in January 2017, total taxes account for 65-70 percent of the final retail price of unleaded gasoline — a higher percentage than in Germany, Finland, the U.S., Canada or Japan.
The cheapest gasoline in the world can be bought in Venezuela, at just one cent per liter. In Europe, the lowest gasoline prices can be found in Belarus at €0.51. In the European Union, Bulgaria is cheapest, at €1.04 per liter.