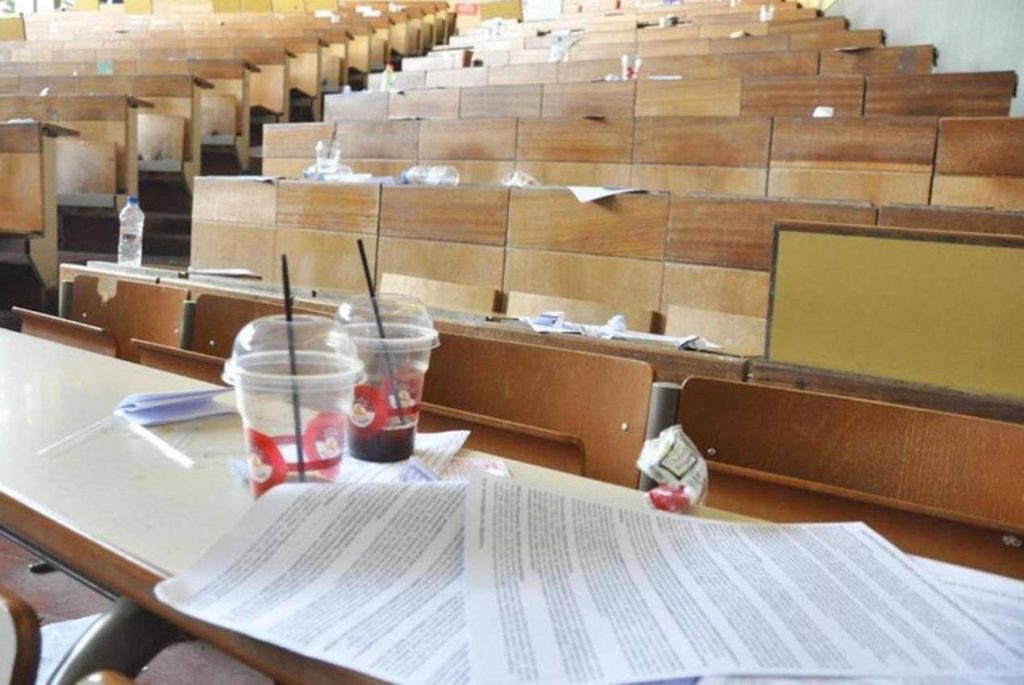 National Kapodistrian University of Athens (EKPA) Deputy Professor Manos Stephanidis sent an open letter to the Dean of the School of Economics, Thanos Dimopoulos, complaining of criminal activities and lawlessness on campus.
Stephanidis complains of a number of incidents at the Zografou campus, such as robberies and assaults against students and professors, exchange of gunfire outside a student dormitory, an ATM robbery under the threat of a revolver, the stabbing of a student with a knife, and appeals to university authorities to intervene and assume their responsibilities.
In specifics, the professor states that: “Last Wednesday, January 24, at 6:30 pm, a PhD student was robbed of his wallet and laptop, was stabbed by three bullies and ended up in hospital. The bullies, of course, were never arrested. The next day, January 25, around 4:30 pm, the same three bullies with a bulldog swear at me and deny to leave the tennis court when I tell them that they are littering. Two colleagues from the adjoining university gym ran and saved me from the worst. I am referring to personal examples so that you do not dare to question them. But do you know that almost all of your colleagues have similar painful experiences?” Stephanidis notes in the letter.
The EKPA board stated publicly that it spends 1.7 million euros per year on university campus security.
However, criminal activity is rising on university campuses.