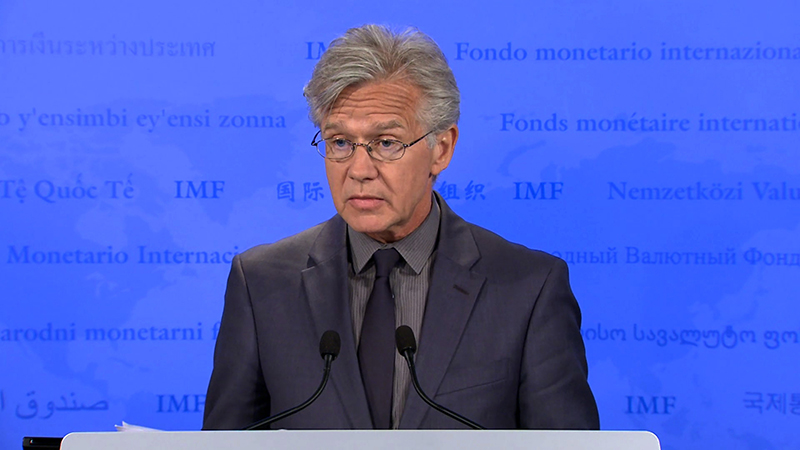 International Monetary Fund spokesman Gerry Rice expressed the Fund’s willingness to work with Greece’s European partners for a solution that will credibly reduce the country’s debt, and lead it to a viable recovery.
During a regular briefing in Washington, DC, Rice was reported as saying that the outstanding differences IMF has with the European Commission and the European Central Bank – Greece’s other creditors -, have not yet been overcome for the Fund to activate additional funding.
Rice reiterated that the IMF has a stand-by-arrangement (SBA) with Greece; approved in principle, that is conditional on two factors: the continuing implementation of reforms, on which he said progress had been made, and debt relief from Greece’s European partners.
Once those two conditions are met, Rice said, the IMF Executive Board will be able to activate the SBA funding program, which expires on August 31.
Although he said he remained optimistic about resolving the issue, he expressed the IMF’s continuing reservations on the viability of the Greek debt.
Ever since its first participation in the Greek bailout programme eight years ago, the Fund has been instrumental in some sort of relief for Greece’s “unsustainable debt”, be it a “haircut” or a longer horizon for its repayment.
The IMF’s position on Greek debt restructuring has been met with skepticism by EU authorities, and an outright refusal from the previous German administration, with former Finance minister Wolfgang Schaeuble repeatedly saying that debt relief is against existing EU rules.
Source: AMNA