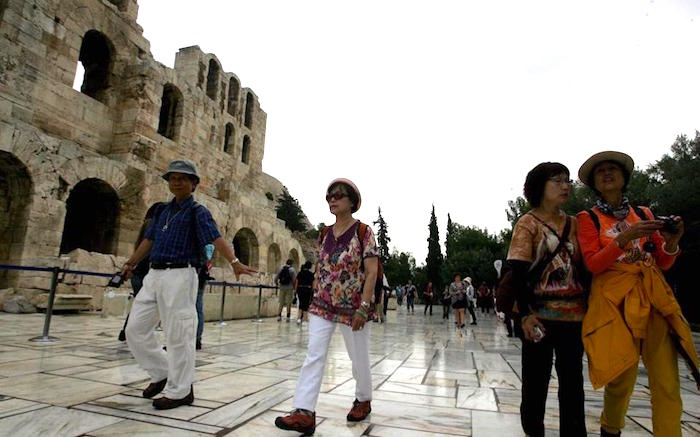 Greek luxury line Zeus+Dione announced on Friday it is cancelling its participation in a fashion show planned outside the ancient Odeon of Herodes Atticus, to avoid turning the event into a “field of barren political attack”, following press reports focusing on one of the company’s founders, Mareva Grabowski, the spouse of New Democracy leader Kyriakos Mitsotakis.
The event was planned for April 8 as part of the 23nd Athens Xclusive Designers Week (AXDW); Athens biggest fashion event, which is running from March 29 to April 1 at Zappeion Hall.
Greece’s Central Archaeological Council (KAS) had given the green light for the AXDW to use the yard right outside the Odeon.
“We regret that we cannot proceed with this event because the interest – even from the first news reports – was removed from the purely professional, promotional and cultural character of such an event and focused on Mareva Grabowski,” the company said.
“With immense respect, first of all in the history of the monument’s space and the KAS committee, we decided to cancel our participation in this happening to avoid turning, once again, a cultural and artistic event into a field of barren political attack, with cannibalistic elements,” it added.
Grabowski founded the line with Dimitra Kolotoura in 2012.
(Source: AMNA)