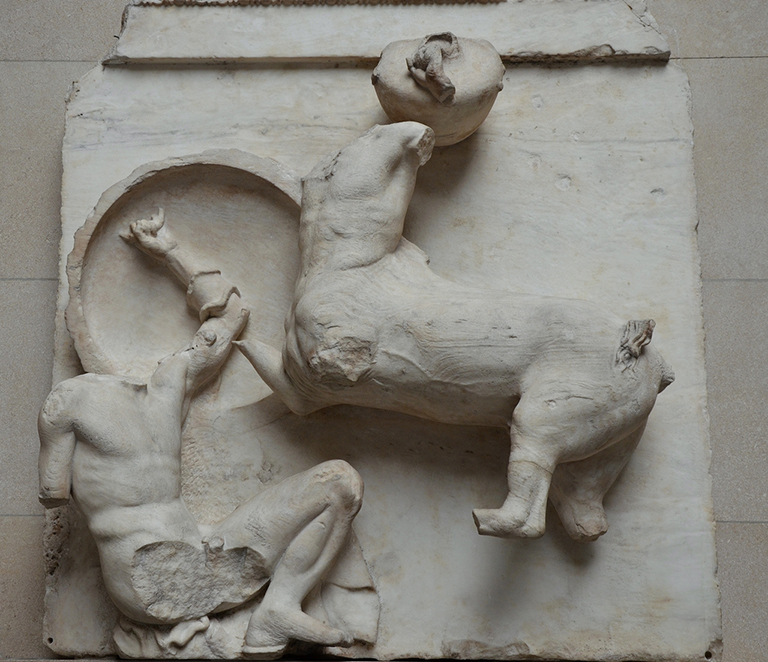 Greece’s government is officially asking a German museum for the return of a head sculpture which once graced the Athens Parthenon.
The sculpture, a centaur’s head which was located in the metope of Parthenon, has been an exhibit at the Martin Von Wagner museum in the University of Wurzburg for the past 160 years.
It is 2,400 years old and was part of the Parthenon metope piece which has been in the British Museum in London for the past 200 years.
The piece came into Martin Von Wagner’s possession in the early 19th century from a private Italian art collection. The German painter, sculptor and art collector had no idea that the sculpture was part of the Parthenon when he acquired it.
The Greek government is now officially asking for its return but University of Wurzburg archaeology professor and museum director Jochen Griesbach refuses to comply with the request.
Griesbach claims the museum has been receiving letters from a Swiss committee for the reunification of the Parthenon sculptures for years, but he also refuses the requests.
The main argument for the German university refusing any such request, is that the sculpture was a donation by Wagner who, in an 1858 manuscript, had implicitly stipulated that it is not to be sold, transported or donated.