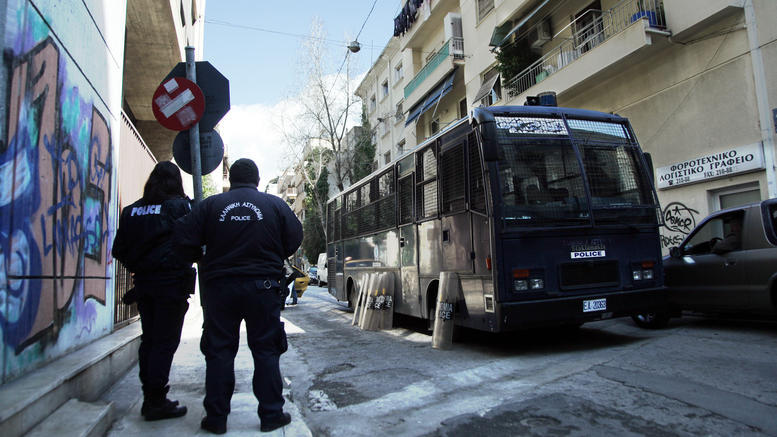 Greek police are putting the final touches to a plan to evacuate illegally occupied buildings around Athens and the rest of the country in the coming days.
Acknowledging the political will of the government, the leadership of the security forces is ready to start in the coming days in an attempt to clear over two dozen abandoned buildings occupied either by immigrants or by left-wing activists.
According to reports, police will focus on squats in the capital’s outer periphery at first, in an attempt to achieve clear the properties with the least resistance from occupants.
Official data show 46 buildings in the region are being squatted. Twenty-five of these are public property, 16 belong to private owners, one is under co-ownership by the state and a private owner, while the ownership of the remaining four is unclear.
Since May 2017, the judicial authorities have ordered the evacuation of 10 occupied buildings. Police readied a plan but have been waiting for the OK from the government.
In one high-profile case, a 7-story hotel in central Athens — the City Plaza — has been occupied since April 2016. Its owner, desperate by the authorities’ inaction, has sued both Civil Protection deputy minister Nikos Toskas and the head of Greek police, Konstandinos Tsouvalas, for dereliction of duty