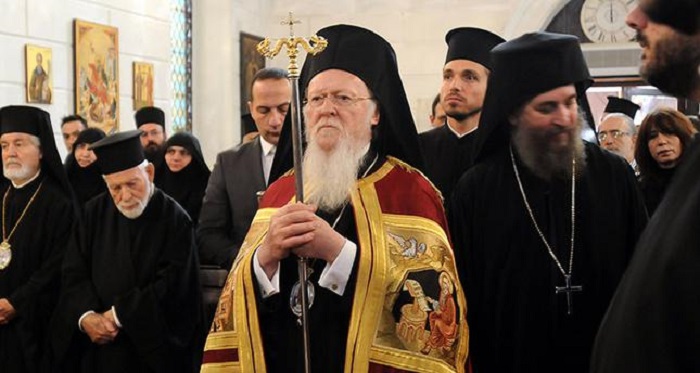 Ecumenical Patriarch Bartholomew is becoming a target by Turkish President Tayyip Erdogan’s regime, because of his suspected links with Fethullah Gullen and the CIA, says a report in a Greek magazine.

According to a leading article in Epikaira published on Friday, Turkish media started a “dirty tricks campaign” in order to implicate Bartholomew in the coup d’état of 2016. 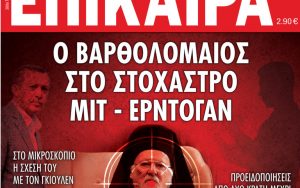 Epikaira says that Turkish secret services are escalating their attacks against Bartholomew that began after the coup.

Turkish pro-Erdogan newspaper Aydınıık, leads the attacks, claiming in a recent article that intelligence sources in the United States who knew that a military coup was imminent, tipped-off Bartholomew to depart Istanbul.

The Patriarch left Turkey just three hours before the coup for Slovakia, the Turkish newspaper claimed, implying that Bartholomew was somehow an accomplice in the coup.

According to Epikaira, Erdogan suspects that the Patriarch has friendly relations with preacher Gulen.

Agents of the Turkish National Intelligence Organization MIT, are constantly monitoring Bartholomew and his entourage around the world, and especially in the US.

Epikaira says that the Patriarch was repeatedly threatened by radical Islamists and petrol bombs have been thrown at the patriarchate.

It adds that the Turkish authorities have refused to beef-up security at the patriarchate in Fanar, Istanbul.