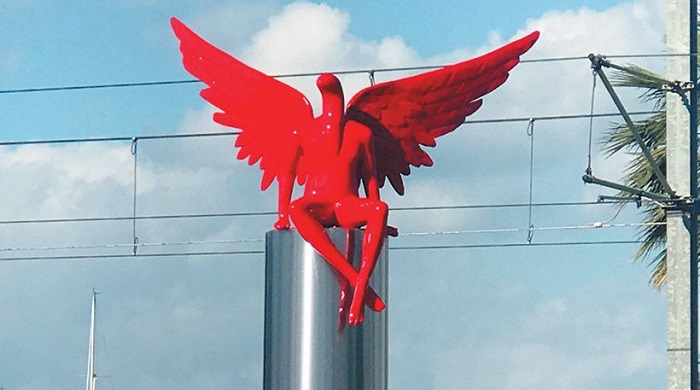 Dozens of local residents of Palaio Faliro, south of Athens, led by the local priest marched on Sunday at the site of a controversial sculpture and demanded its removal.
The bright-red sculpture “Phylax” (guard in Greek), has offended some who see it as unChristian, and as a symbol of Satan.
Holding Greek flags, icons and singing hymns, the priest and parishioners demonstrated at the site where the sculpture stands. 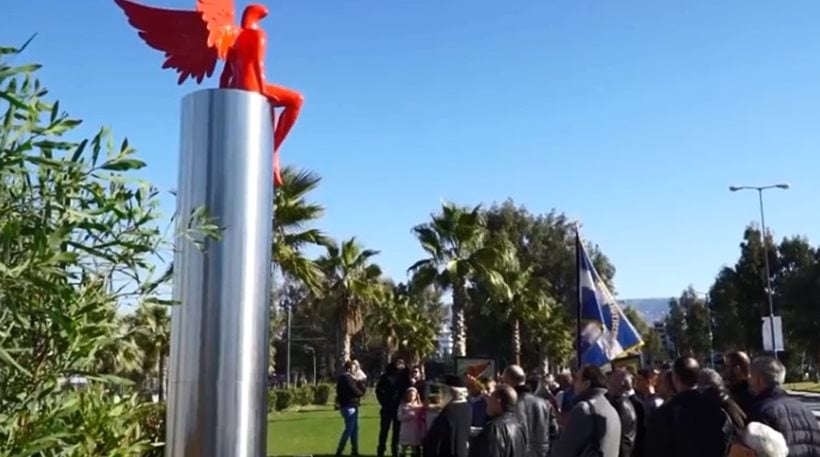 For many, the figure depicted is Satan’s soldier. The local priest announced that he sent a letter to the local mayor demanding its removal.
A few days earlier, vandals sprayed white paint on the sculpture.
“Phylax” is the work of Kostis Georgiou, a prominent Greek sculptor with dozens of exhibitions in major galleries and museums around the world. 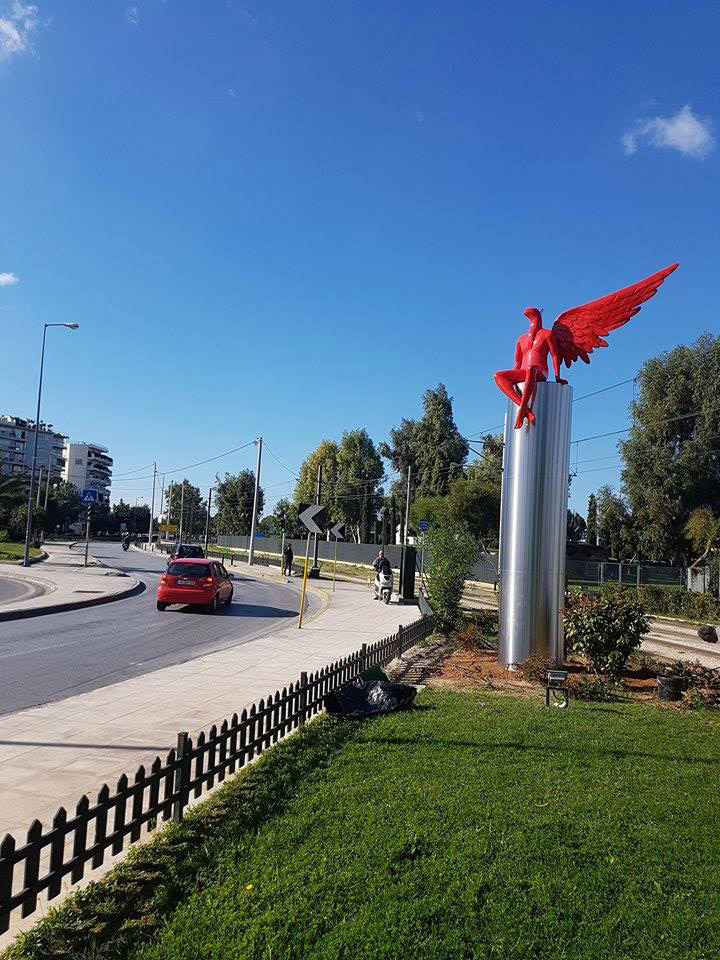 Georgiou says he is surprised at the reactions triggered by the sculpture. “The work is independent of any approach to religious symbols and emblems,” he says.
“Those who condemn it as anti Christ and satanic, are wrong”, he adds and points out that a similar work was displayed last summer in Mykonos, and there were no reactions.
“If they want to demolish, let them do it. If they want to burn it, let them burn it as they were burning books in the past,” Georgiou said.