Greek Among Hardest Languages for an English Speaker to Learn 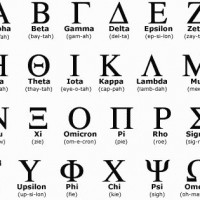 It may not be the most difficult in the world to learn, but according to various studies, Greek is among the hardest languages for an English-speaking person to learn. After all, the expression “it’s all Greek to me” isn’t there by accident.

Compiled using information from multiple sources, including the Foreign Service Institute of the US Department of State, the info-graphic breaks down the amount of time it generally takes English speakers to pick up foreign languages.
According to the data, most western European languages are classified as easy to learn – with English speakers estimated to achieve proficiency in around 600 class hours (or 24 weeks).
Russian, Hindi, Thai, Polish and Greek, on the other hand, take around 44 weeks to learn, while the hardest languages, which include Japanese, Korean, Chinese and Arabic, can take more than a year and a half to reach the proficiency level.
Greek in particular, is really hard to learn, not only for English-speaking people, but all Latin-oriented language speakers. It has different letters, various intonations and a quite difficult grammar to learn.
But even though it can be hard work, science has shown that learning a second language at any age slows down mental decline, and scientists have also worked out exactly how it changes your brain.
So even if it takes you one whole year of intensive studying, it is worth the trouble to be able to speak one of the oldest, richest and most diverse languages in the world.