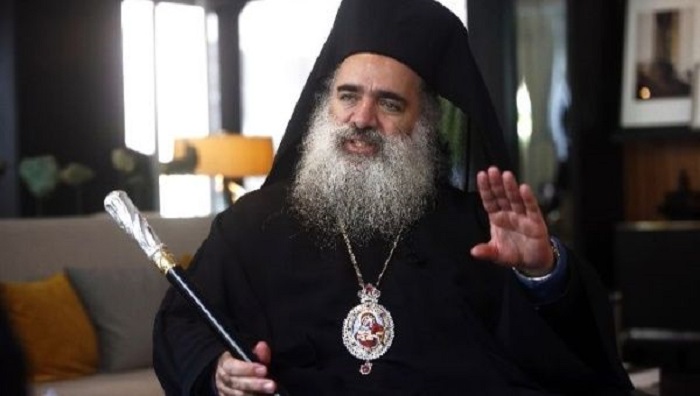 The archbishop of the Greek Orthodox Church of Jerusalem said, relocating the U.S. embassy “gives the (Israeli) occupation what it does not deserve.”

Palestinian Christian leaders have expressed their displeasure with the U.S. government’s decision to move its embassy from Tel Aviv to Jerusalem, calling the move both “dangerous” and “insulting.”

Theodosios, the archbishop of the Greek Orthodox Church of Jerusalem, said: “We Palestinians, Christians and Muslims reject the U.S. recognition of Jerusalem as the capital of Israel.”

Speaking at a news conference in the West Bank city of Bethlehem, he called President Donald Trump’s move “an insult to Christians and Muslims around the world, who consider Jerusalem as an incubator of their most sacred, spiritual and national heritage.”

Theodosios said the decision to not only recognize Jerusalem as Israel’s capital, but to also move forward with relocating the U.S. embassy to the city is unacceptable.