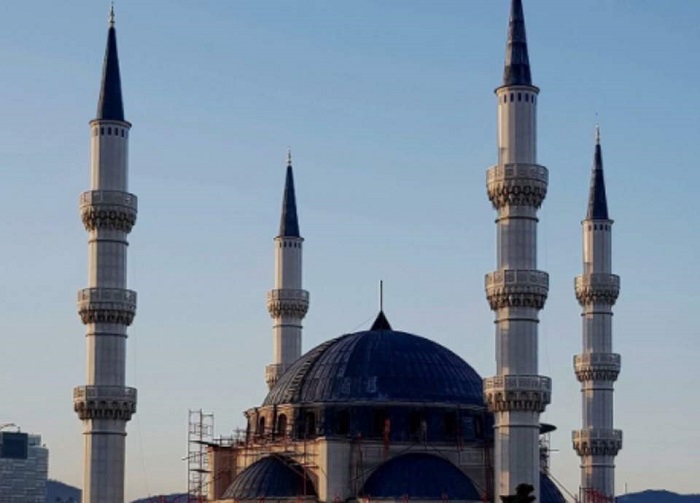 Inaugurated in 2015 by the Turkish President Recep Tayyip Erdogan and his Albanian counterpart Bujar Nishani the construction project of the Grand Mosque ‘Namazgja’ in Tirana is continuing faster than it was imagined.

Journalist Vincent Triest uploaded on Twitter the photo of the mosque as it is today.

“When completed, it will be the largest mosque in the Balkans. It is a gift from President Erdogan”, the journalist says.

This is the Great Mosque of Tirana. It is located in the city centre and just in front of the Parliament. When completed, it will be the largest mosque in the Balkans. It is a gift from President @RT_Erdogan. Interior will take about one year. #Albania pic.twitter.com/B31GtBWo9H

The mosque that costs around 30 million euros is being financed by Turkey’s Presidency of Religious Affairs ‘Diyanet’ will have enough room for 5,000 people to pray at a time on an area of 20,000 square metres.

Up until now, believers have been praying outside the doors of the mosques, due to their small spaces. Meanwhile, during religious holidays, believers pray in the main square of Tirana. 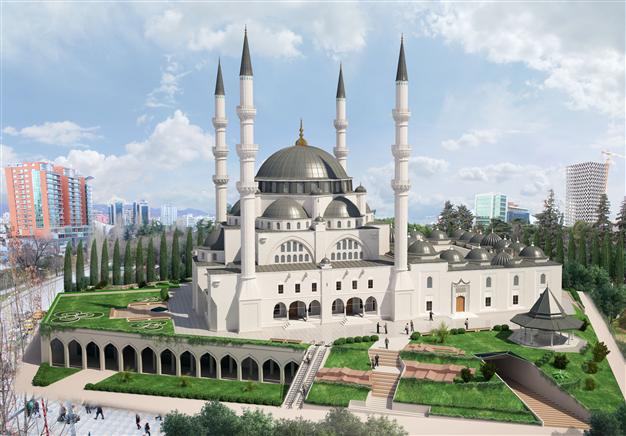 The mosque will be part of an Islamic complex in the heart of Tirana, which is set to house conference and exhibition halls, libraries and museums. The site is located near landmark Catholic and Orthodox cathedrals.