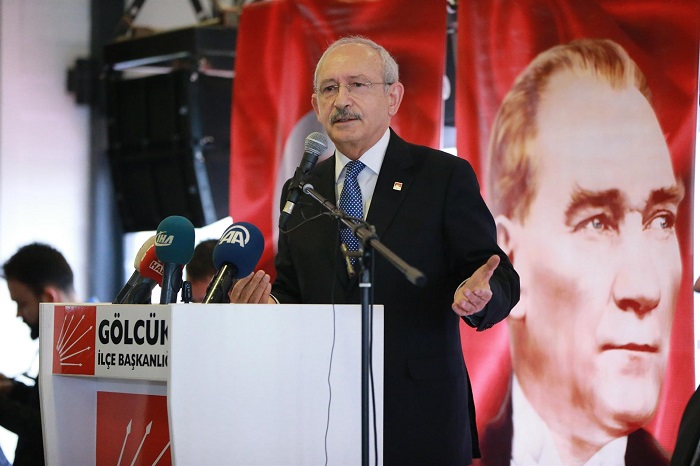 Main opposition Republican People’s Party (CHP) leader Kemal Kılıcdaroglu on December 23 lashed out at Greek defense minister’s remarks on the Aegean islands, saying that he will take back a total of 18 islands “occupied by Greece” in 2019, in a reference to the country’s elections in November.
“The Greek Defense minister says ‘Come and get it.’ I will come and take all of those islands back. Why am I saying this? They said ‘Come and get it’ for Cyprus back in the day. What did Ecevit (former prime minister) do? He went there and took it back,” Kılıcdaroglu said speaking at a party event in the northwestern province of Kocaeli.
The debate over the Aegean islands sparked when the CHP leader criticized President Recep Tayyip Erdogan on December 11 over his failure to raise the issue of “18 occupied islands” during his visit to the country.
“Why did not you talk about 18 occupied islands? Article 12 and Article 18 of the Lausanne Treaty were clearly violated. There are 13,000 military units and nearly 5,000 Greek troops on the islands,” Kılıcdaroglu said.
(Source: Hurriyet)