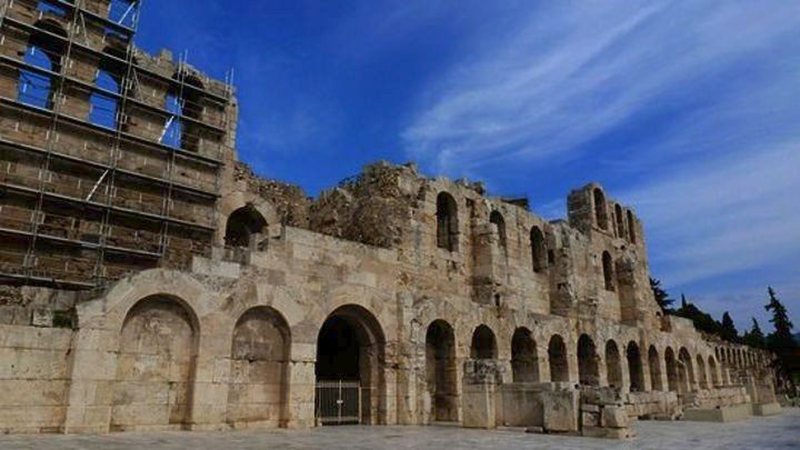 The Ephorate of Antiquities in Athens announced, that maintenance work on the facade wall of the legendary Herod Atticus Theatre in downtown  Athens; near the Plaka area, is over.
“The wall runs along the front entrance of the theatre and on the interior of the theatre looks down on the stage.
The work stabilized sections of the stone wall that were in danger of detachment, thus endangering visitors. The scaffolding that ran along the whole facade, and that was a fixture of the monument in the last twenty years, has been removed.
The specific maintenance work; which began in 2015, lasted for two years. Today’s main venue of the Athens Festival; an annual event that runs from May to October, is a top performing stage for artists and artistic organisations from around the world.
Mikis Theodorakis, the late Manos Hatzidakis, Plácido Domingo, José Carreras, Montserrat Caballé, the Bolshoi Ballets, Maurice Béjart, Diana Ross, Liza Minnelli, Goran Bregovic and, more recently, the Foo Fighters, are among the artists who have performed there.
Source: AMNA