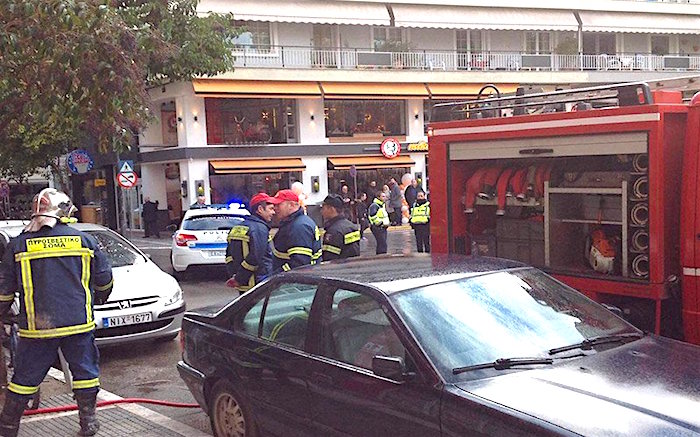 Two men aged 82 and 78 and a 45-year-old woman were found dead after a fire broke out in a five-story building in Katerini late on Saturday night.
The three victims of the fire were relatives, according to neighbors’ testimonies on Alpha television. Also, four people were hospitalized because of the fumes, along with the deputy fire chief of the Pieria Fire Department who went to the hospital for the same reason.
The 78-year-old man was found burned in his first floor apartment, while his two relatives died from inhaling the fumes on the second floor apartment.
According to the Fire Department, the service received a call for fire in an apartment on Megalou Alexandrou Street. Twelve firemen and four vehicles were dispatched to the spot.
The firefighters put out the fire on the first floor and rescued eight people from the apartment building. They were all out in their balconies to avoid the deadly fumes.
The Katerini Fire Department is investigating the cause of the fire.