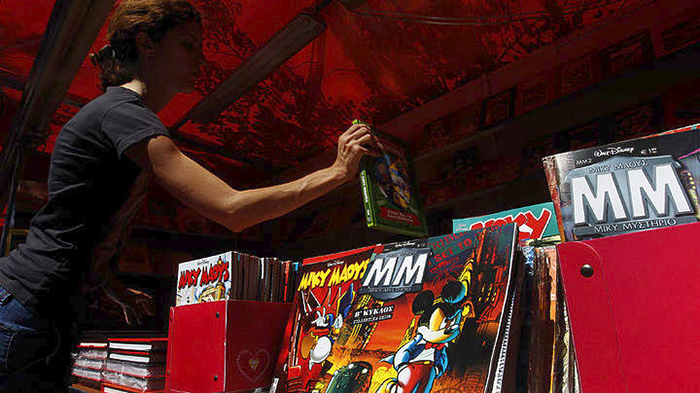 AthensCon 2017, Greece’s biggest comics and pop culture convention, is opening its doors on Saturday at the former Tae-kwon-do stadium in Palaio Faliro, to the south of the capital.
The two day event is heavily influenced by worldwide Comic-Cons and conventions promoting popular interests and celebrates modern pop culture and hobbies related to it.
“Every one of us chooses a different way to enjoy life in their leisure time: some of us read books, graphic novels and comics, others watch movies and/or TV-series; some play video games and others board and role playing games,” the team of AthensCon says on its website.
“Many of us engage in more than one of those activities, on a daily basis, because those are some of the best mediums to bring out strong emotions and deep thoughts.”

During the conference, visitors will be able to meet in person with both Greek and international writers and designers, popular for their works in comics, actors from well-known TV series, and also celebrities who will take part in panels, give out autographs and take photographs with them.
The event will also offer numerous seminars and workshops held exclusively during the festival by specialized schools and teachers.
Visitors will also be able to try out some of the all-new video games available to play-for-free, play  popular and new board games demonstrated on the spot and take part in a plethora of other activities and events organizers have in store during those two days.
Source: AMNA