Scientists: Tomb of Jesus in Jerusalem is the Original Burial Site 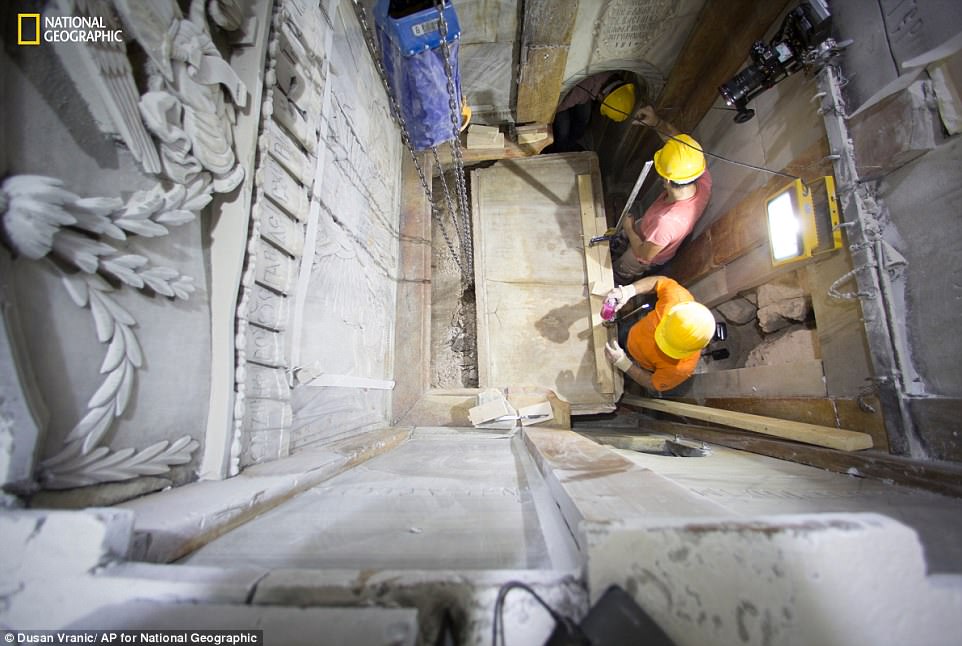 Scientists confirm that what Christians believe to be the Tomb of Jesus in Jerusalem is indeed the original burial site of Christ, a monument the Romans built in the 4th century AD, a National Geographic report says.
The finding follows the work of scientists from the National Technical University of Athens, who opened the Holy Sepulchre in October 2016 for restoration works.
Scientists have confirmed that the tomb construction materials date back to Roman times, despite dozens of disasters and the total dissolution the monument suffered in 1007.
War raids, fires and earthquakes that have occurred in the area over the centuries have led many modern scholars to question the authenticity of the point that Jesus was buried at. However, the results of the scientific tests published by National Geographic confirm that the remains of the cave within the Church of the Holy Sepulchre are part of the original burial monument that the Romans had first built.
Specifically, scientific dating showed that the rocks used for the monument date back to 345 AD, while historical sources say that the Romans had identified the exact point of Jesus’ burial in 326 AD.
Until recent years, historians believed that the Tomb of Jesus was a work of the Crusader period, about 1000 BC. However, the examination of the materials led scientists to believe that they belong to 345 AD which further leads to the assumption that the monument was built in at the time of Constantine; the first Christian emperor of Rome, National Geographic says.
When the representatives of Constantine arrived in Jerusalem about 325 BC to search for the place Christ was buried, they focused on a temple that was built some 200 years earlier. Their excavations uncovered a grave covered by a limestone “cave”; a structure almost identical to the one described in the New Testament as the grave of Jesus from where He was resurrected. 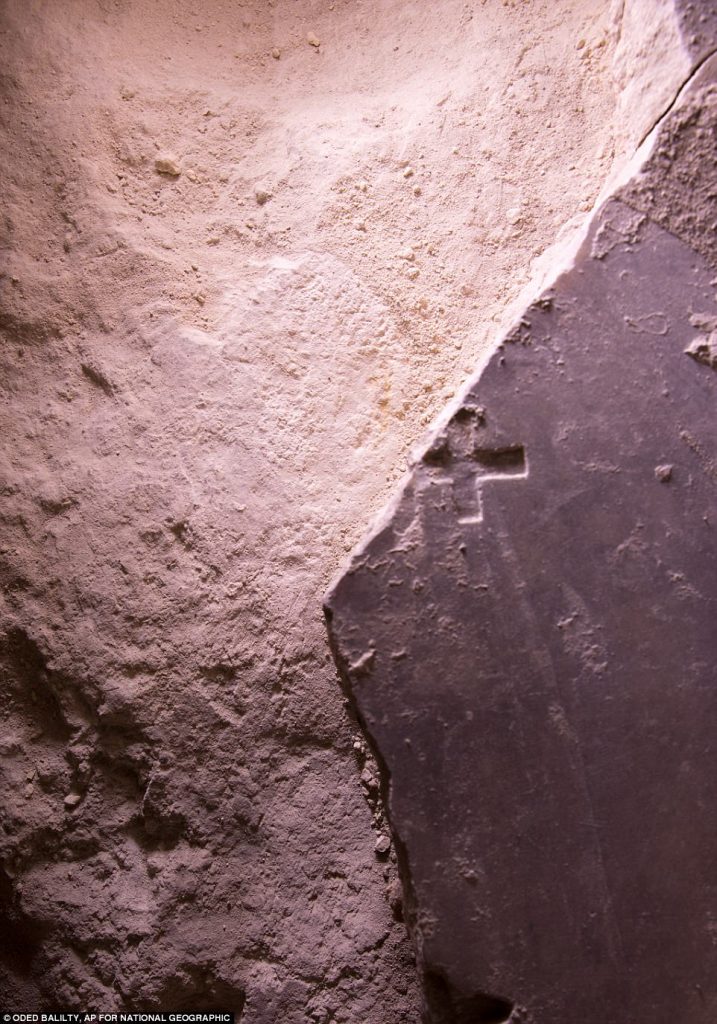 Greek scientists restore the Tomb of Jesus
The Tomb of Jesus was opened for the first time in centuries in October 2016, when the National Technical University of Athens worked to restore the Edicule shrine, which houses the tomb. Several material samples were taken to be studied later in order to decide the time the tomb was built.
Inside the tomb, as revealed by the recent studies of the Polytechnic, there is an oblong slab, or “burial bed”, where it is believed that the body of Jesus was placed after the Crucifixion, while the marble covering is believed to have been placed there no later than 1555 AD.
When the Holy Sepulchre was opened in October 2016, scientists found an older slab of marble resting on top of the original limestone surface of the burial bed.

The mortar tested was taken from between this limestone surface and the slab of marble on top of it, which is marked with a cross carved into it.

The plaque that the NTUA scientists discovered when they opened the Holy Sepulchre was studied and experts determined that this older marble was installed around the 4th Century AD, lending credence to the Christian timeline of events.

The samples of mortar obtained from remains of the southern wall of the cave date from 335 until 1570, which is further evidence that the monument was constructed during the Roman period, and it was restored in the 16th century.
The dating of the mortar samples was determined in two independent laboratories, using optically stimulated luminescence (OSL), a technique that determines the age of ancient stone by measuring when sediment was most recently exposed to light. 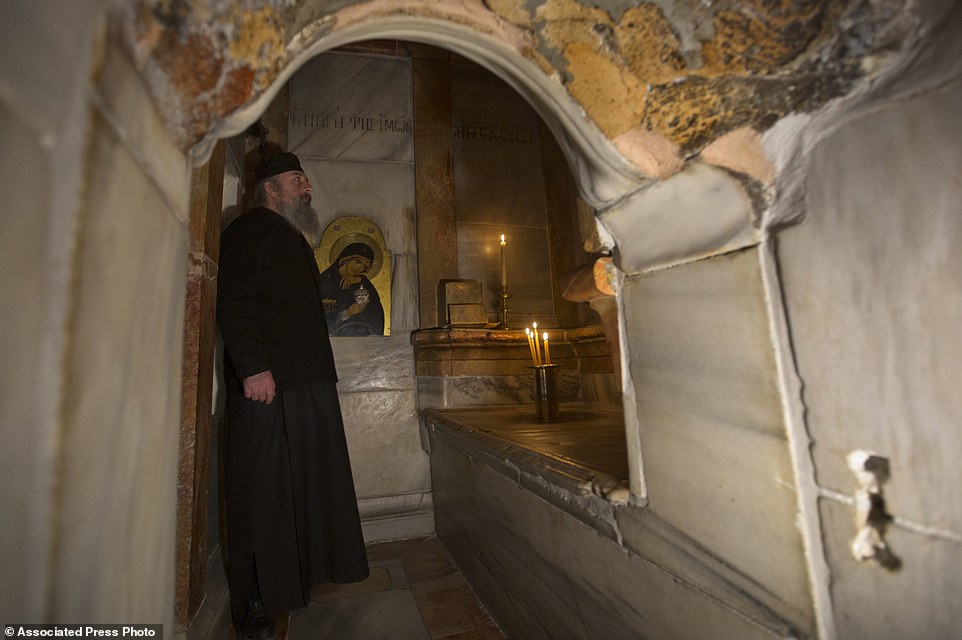 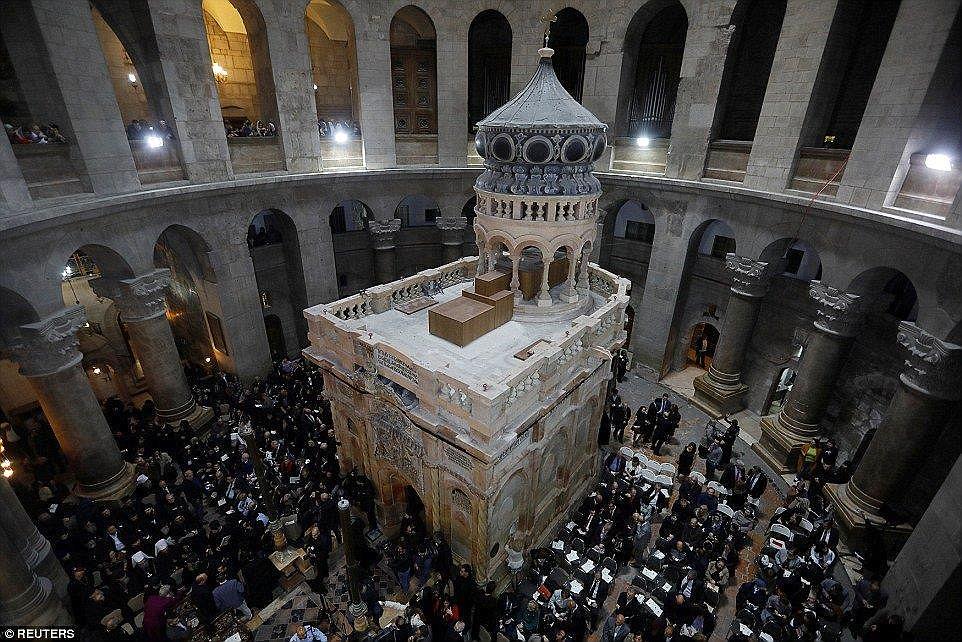