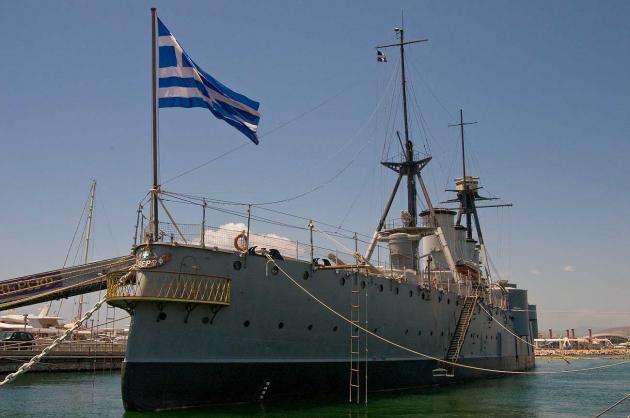 Battleship “G. Averof” won the “Ship of the Year Award 2017” at the 14th Annual Lloyd’s List Greek Shipping Award Ceremony and Gala Dinner.
The event, which is held annually by Lloyd’s List since 2004, is the biggest event of the Greek shipping community. The award ceremony aims at recognizing and highlighting high achievements and commendable activities in the field of Greek shipping, as well as in the promotion of Greece as a shipping centre.
The “G. Averof”, the “Victory Battleship”, is the only remaining cruiser that has  actively fought in the two World Wars, without being defeated and playing a leading role in modern Greek history, while contributing decisively to the gaining of more territories for Greece.
After restoration works, Lloyd’s List decided to give “G. Averof” the “Ship of the Year 2017” award, for its achievements and contribution to the Hellenic Nation.