Last Visit by Turkish President to Greece 65 Years Ago (photos) 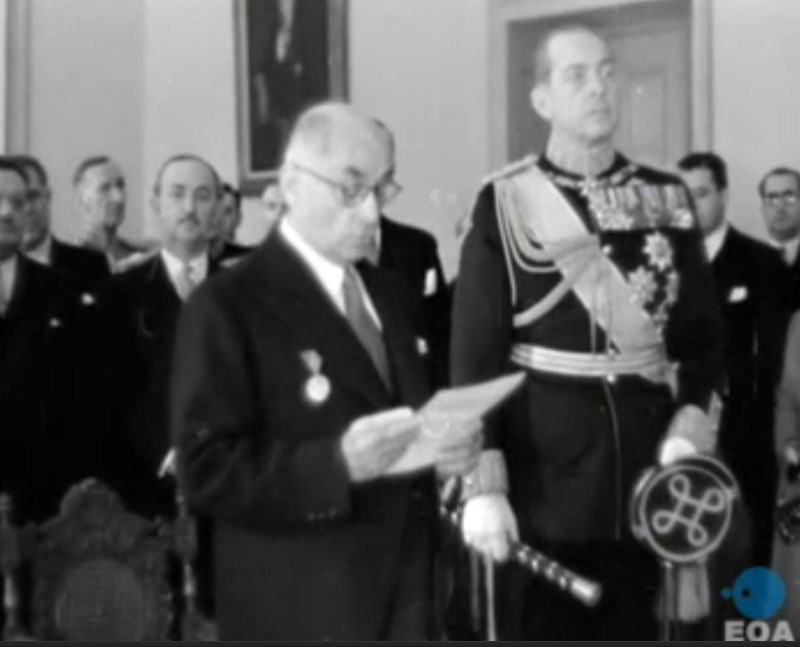 Recep Tayyip Erdogan; who is due to arrive in Athens in early December, will be the first Turkish president to visit Greece in 65 years, following the visit of Celal Bayar in 1952.
It was November 28, 1952 when Turkish President Celal Bayar arrived in Athens. Accompanied to City Hall by Greece’s King Paul and welcomed by the Mayor of Athens, Konstantinos Nikolopoulos, Bayar was proclaimed an honorary citizen of Athens and received the medal of the city.
The Turkish president greeted a large crowd of Athenians from the City Hall balcony, then departed on the royal car that passed through the main streets of Athens among cheering.
Bayar then went to the Monument of the Unknown Soldier where he placed a wreath. After that, the royal couple of King Paul and Queen Frederica held an official dinner in the Turkish President’s honor at the New palace.
The morning of the following day, the Turkish president visited Corinth. The motorcade entered the city where a banner written in the Turkish language welcomed him to the city, while Corinthians threw flowers at the motorcade.
Bayar and the royal couple arrived at Ancient Corinth where they were guided at the Archaeological Museum and the archaeological site. The King and Queen, were also accompanied by the successor to the throne, Prince Constantine.
Later, King Paul and the Turkish president boarded the Destroyer “Pyrpolitis”, to inspect the Greek fleet.
On November 30; two days after his arrival, the Turkish president left Athens. Members of the Alexandros Papagos administration had been positioned at the Pasalimani dock, to send the Turkish president off.
Bayar arrived by car accompanied by King Paul and Queen Frederica. The royal couple and Prime Minister Alexandros Papagos bid farewell to the Turkish President. 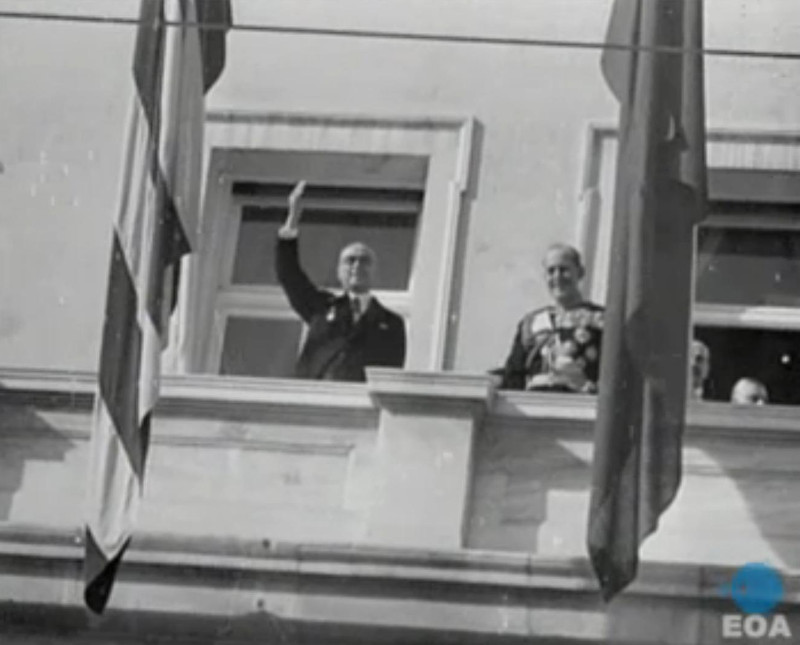 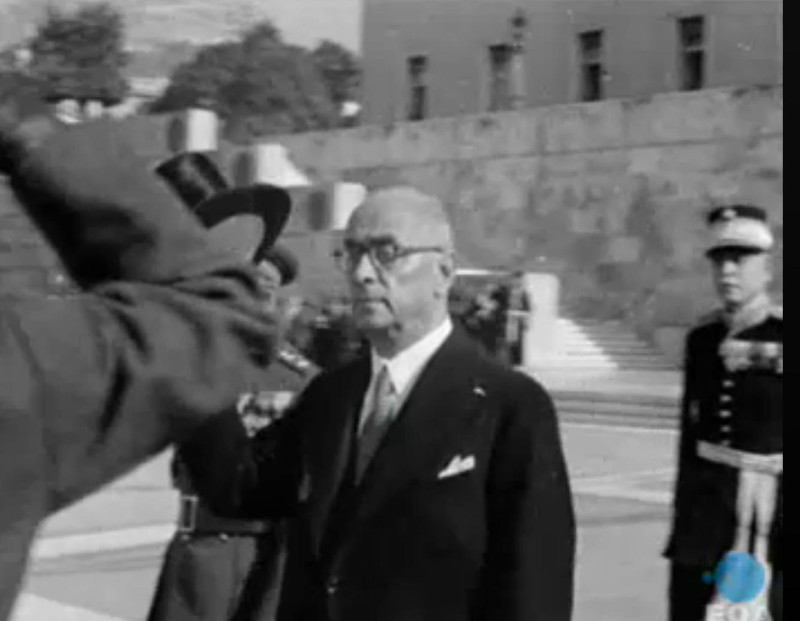 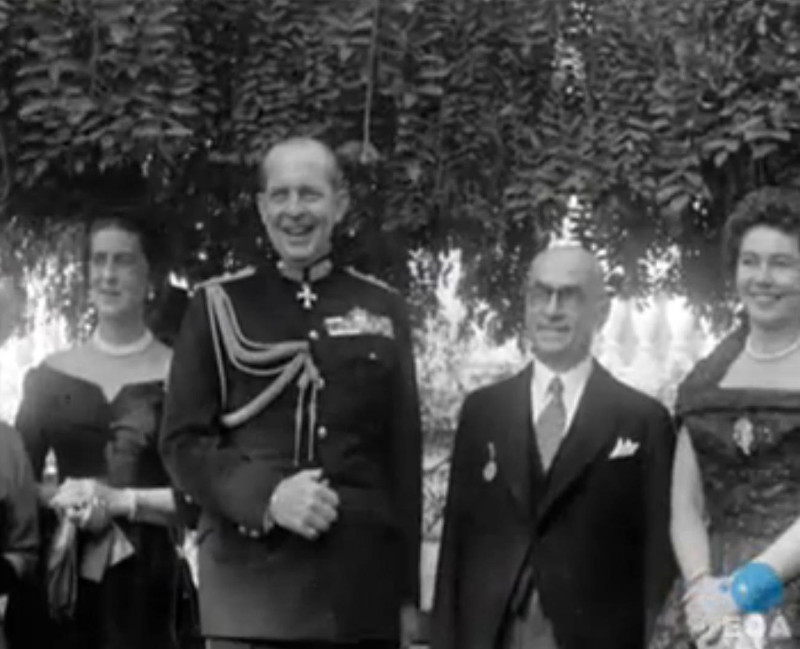 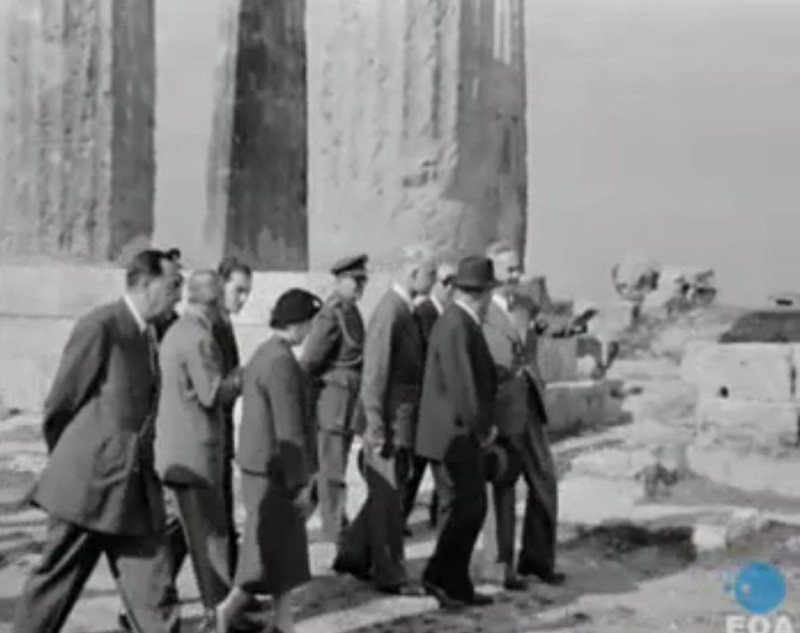 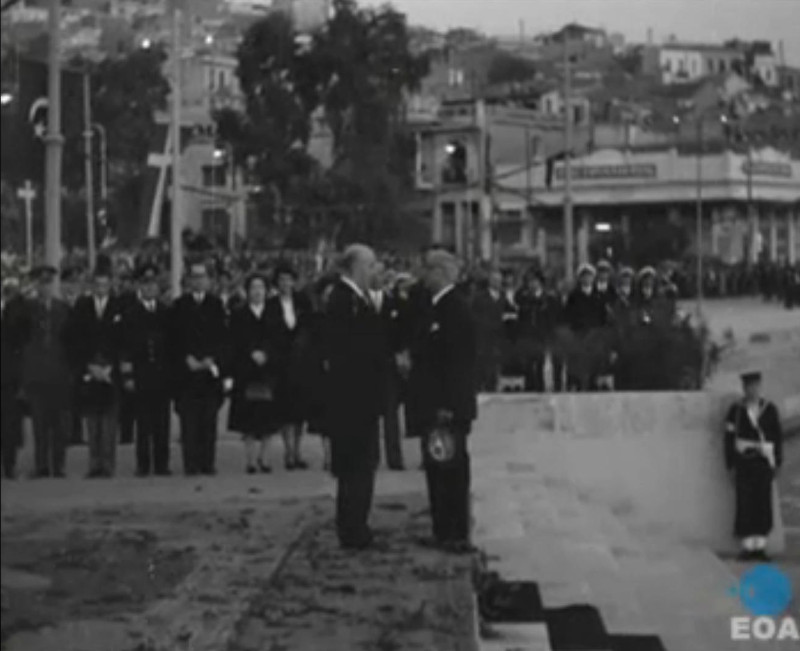