Greek Painting Sold at London Sotheby’s for More than 300,000 Euros 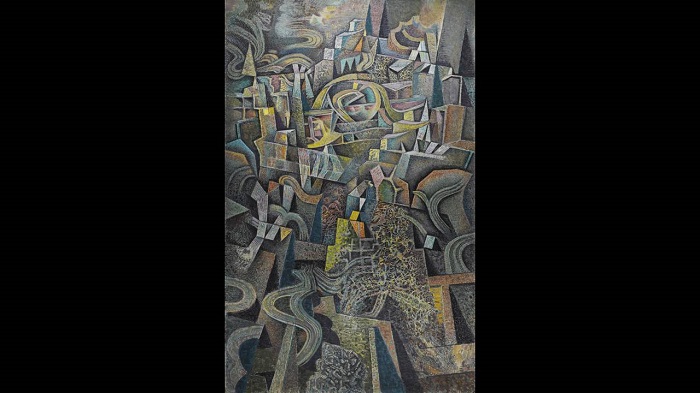 A painting by famous Greek artist Nikos Hadjikyriakos-Ghikas exceeded all expectations at an auction held by Sotheby’s in London.

The oil on canvas painting, signed and titled in French on the reverse, attracted lots of attention from bidders around the world.

A Travelers La Ville transforms a city view into a labyrinth of geometrical shapes and colours.

City walls, streets and trees are all juxtaposed on the same plane defying three-dimensionality and logic, in a game of sinuous and vibrant lines that intertwine towards the sky. 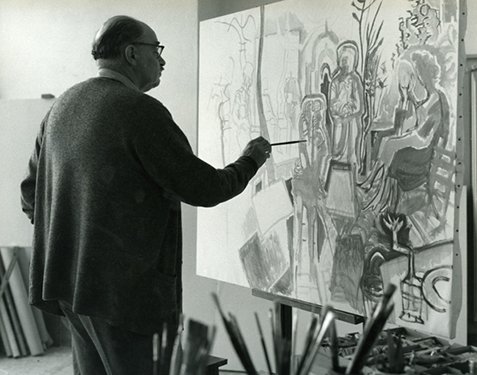 This Byzantine and Cubist-inspired aesthetic is a familiar idiom in the oeuvre of Hadjikyriakos-Ghikas, but his distinctively poetic geometry is cast aside for an even more emotional and directly descriptive rendering.

Hadjikyriakos-Ghikas (February 26, 1906 – September 3, 1994) was a leading Greek painter, sculptor, engraver, writer and academic. He was a founding member of the Association of Greek Art Critics, AICA-Hellas, International Association of Art Critics.

His aim was to focus on the harmony and purity of Greek art and to deconstruct the Greek landscape and intense natural light into simple geometric shapes and interlocking planes.

His works are featured in the National Gallery (Athens), the Musee d’ Art Moderne in Paris, the Tate Gallery in London, the Metropolitan Museum of New York and in private collections worldwide.