GRNews
GreekReporter.comGreeceMore than a Dozen People Die in Floods in Mandra, Attica (video)

More than a Dozen People Die in Floods in Mandra, Attica (video) 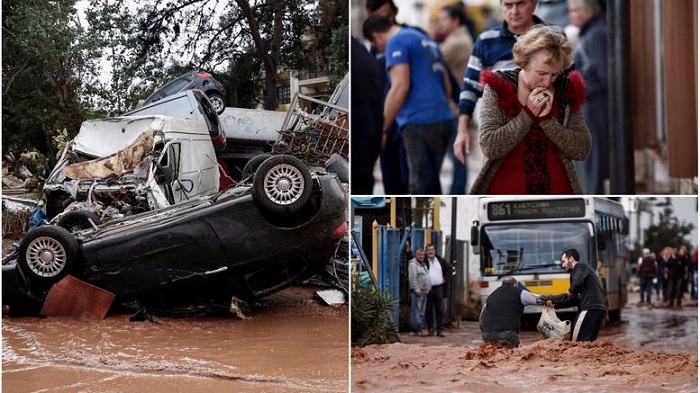 At least 15 people, ten men and five women, were killed in the town of Mandra, west of Athens in the most deadly such incident in recent years.
A torrent of red mud swept through towns west of the capital Athens after heavy rain.
“This is a biblical disaster,” Mandra Mayor Yianna Krikouki told state broadcaster ERT. “Everything is gone.”
Heavy vehicles, a bus and cars were stranded under more than a metre of water on a nearby motorway. The force of the water smashed through walls and broke through roads. 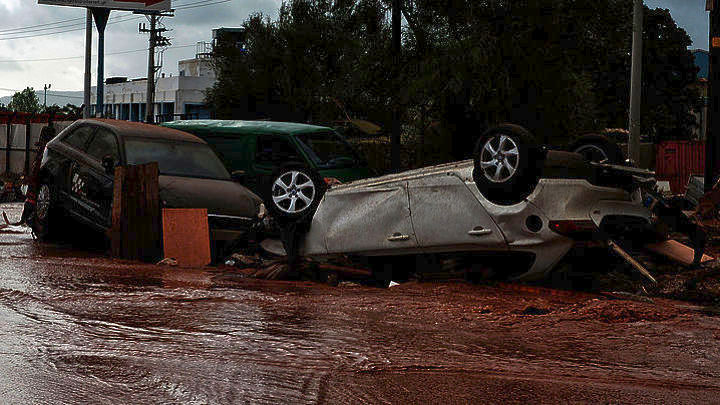 A woman’s body was recovered inside her flooded home. The woman is believed to be between 75-80 years old. A little later, the bodies of two elderly men were discovered in two separate locations nearby.
The body of a man believed to be around 50 was also recovered a little later. At noon, the body of a woman was recovered.
The Athens News Agency reports that eight more bodies were discovered later on. Among them a driver who drowned in his truck.
The Greek Coast Guard recovered the bodies of two men believed to have been swept out to sea by the flood. 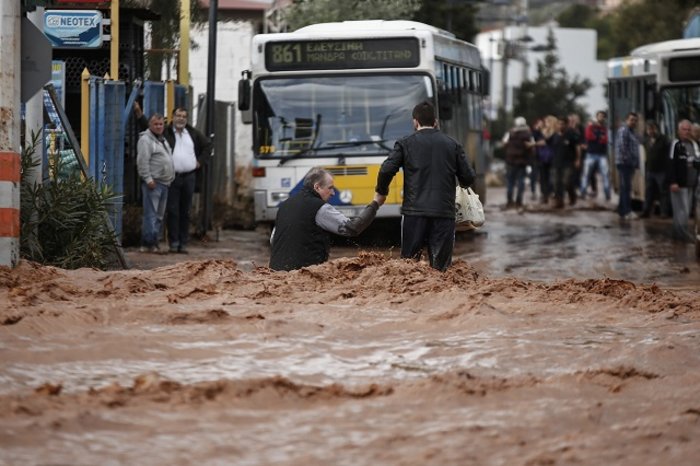 According to reports, emergency services are searching for more people that maybe trapped inside their flooded homes in the area.
Firemen rescued a dozen passengers from a bus that was travelling from Athens to Corinth, when the vehicle was swept away by river of water
The towns of Mandra, Nea Peramos and Megara were hit by heavy storms in the early hours of Wednesday. 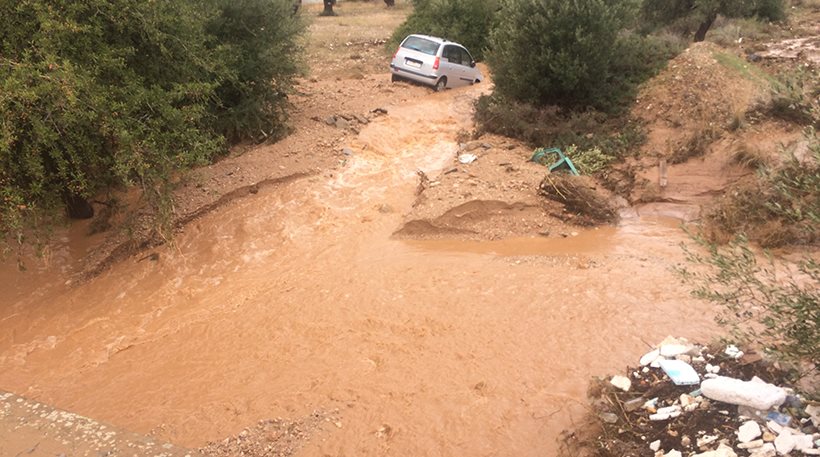 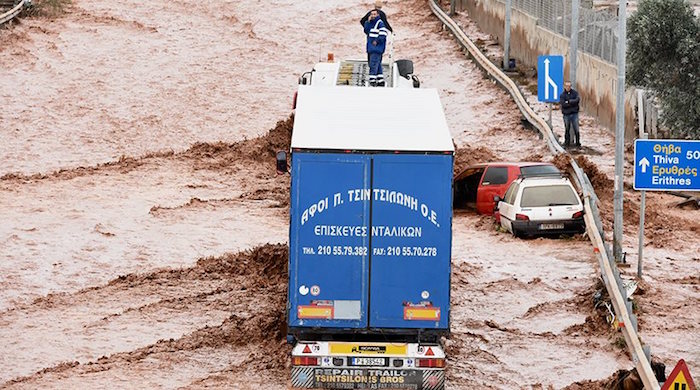 Stamoulis said efforts were under way to rescue people from their cars and homes but that he did not believe anyone was in immediate danger.
The Fire Service has received at least 160 emergency calls reporting flooded homes. It has also assisted drivers trapped inside their vehicles. 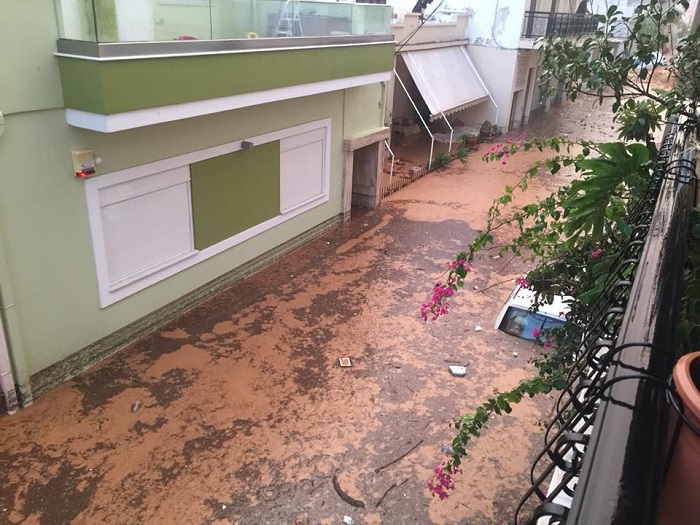 The old Athens – Corinth highway has closed and problems have also been reported at the new highway linking Athens with the Peloponnese. 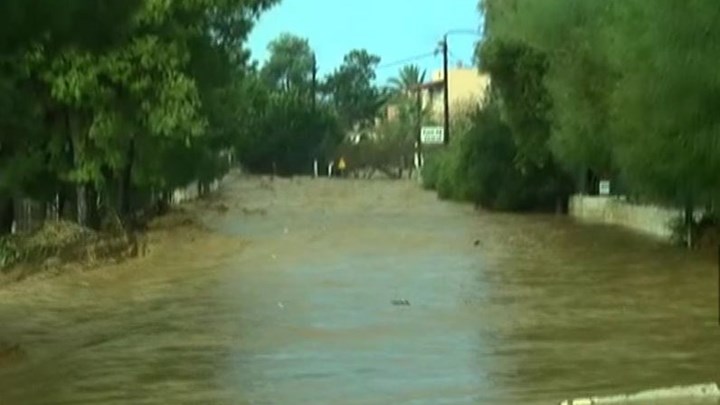 On Tuesday, the Greek government declared a state of emergency on the island of Symi , after a sudden downpour swept cars into the sea, damaged homes and cut off electricity and water supplies.
Meteorologists say that the weather front will remain over Greece in the next few days and will peak on Friday.