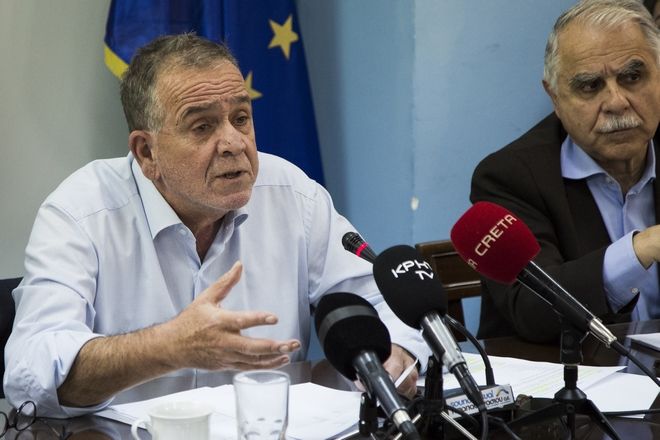 There is a significant increase in migratory inflow with 4,000 asylum seekers arriving in one month, said Greece’s Migration Policy Minister Yiannis Mouzalas on Wednesday.
Mouzalas spoke in a press conference, admitting that the situation on Lesvos is bad, and on the island of Samos it is very bad. He said that measures need to be taken immediately and called on a better implementation of the returns program that was agreed between Turkey and the European Union in March 2016.
The migration minister said that as of August, the increase in migrant inflow is about 200% higher compared to last year, adding that there is a corresponding increase of 170% on the land border.
In particular, he said that while the average of arrivals in July was 87 people a day, in August there were an average of 156 people a day, and in September and October 214 people a day. In the last month, about 4,000 people arrived on the islands.
Regarding the issue of the agreement for returns to Turkey, Mouzalas said returns of migrants to the neighboring country are practically non-existent. He said that only 1,360 migrants were returned to Turkey since the signing of the EU-Turkey agreement. He attributed that to the fact that asylum applications and appeals take too long to be processed.
“We are the only country that has four degrees of asylum claims,” Mouzalas said. He admitted that some of the asylum seekers whose applications are denied, have disappeared. “Some used illegal ways go to the hinterland, but when we find them we can not return them to Turkey because the geographical limitation criterion has not been met.”
Regarding the congestion problems in registration centers on the five islands where migrants land, Mouzalas said: “In October we transferred 2,796 people from the islands to the mainland, but since then, 4,000 more have arrived.”
The migration minister reiterated that the government’s plan is to create new hospitality centers on the islands, leaving open the possibility to proceed with the project without the consent of local authorities as long as the influx continues. He also said the possibility of using ships to accommodate migrants is being considered.