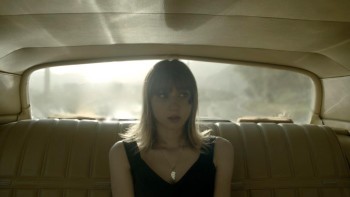 Zoe Kazan‘s new play, titled “After the Blast”, which deals with what life on Earth might look like after widespread ecological destruction, premiered last Monday at Lincoln Center Theater in New York.

Though many think the play was a reaction to the Trump administration’s recent undermining of the importance of ecological issues, Kazan’s play was written prior to Donald Trump’s election. However, there is now definitely a renewed sense of urgency among audience members watching the play.

Zoe Kazan seems to also think the play is especially relevant in these times – as she told “Vanity Fair”, “I think our rights will recover. But our environment won’t. We have a limited amount of time to handle that in a responsible way”.

The story of the play focuses on a journalist named Anna (Cristin Milioti from “How I Met Your Mother”) and a scientist named Oliver (William Jackson Harper, from “The Good Place), who are a couple. They live in a slightly futuristic and post-apocalyptic society in which fertility is strictly governed and Anna struggles to have a child. Her husband brings her a robot named Arthur to fill that emotional void, and yet Arthur turns out to be very different from what they imagined, with a more nefarious purpose.

This has been a big year for Kazan, especially after her lead role in the critically acclaimed “Big Sick”. If you will be in New York soon, get tickets to her innovative new play “After the Blast” at Lincoln Center Theater and see it for yourself!