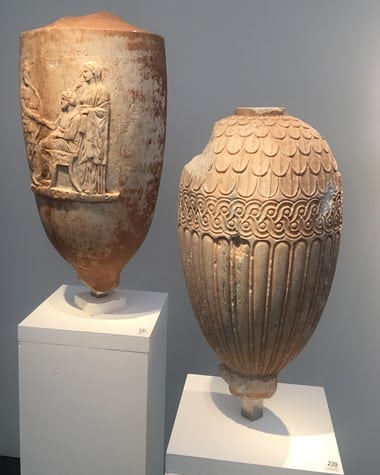 Looted Greek antiquities are allegedly on sale at London Frieze Masters art fair, according to The Guardian.

According to The Guardian report, the lekythoi were put on sale on behalf of the Swiss canton of Basel-Stadt, which is seeking revenue it is owed after the liquidation of the assets of convicted illegal antiquities trafficker Gianfranco Becchina, a former resident.

The Basel-Stadt canton says it received permission to sell the items from the Italian police, who had sent back to Basel more than 1,000 pieces from the original seizure, stating they could not make a legal claim to ownership.

The Basel-Stadt public prosecutor admitted that there is no conclusive proof as to where the antiquities originated, nor that Becchina had ever legally owned them. But The Guardian has seen compelling evidence to suggest at least one of the vases was looted in Athens and trafficked to the dealer in the 1970s. The vases did not sell, but as yet the authorities in Basel-Stadt have no plans to return them to Greece, where they probably belong. The London-based Art Loss Register, which had cleared the sale of the objects, now says it may reconsider its position. 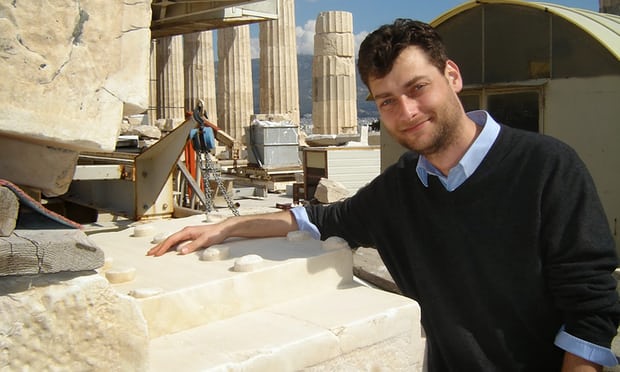 “The people involved in the transaction are all known to have previously been involved in other antiquities cases,” Tsirogiannis told The Guardian. “It’s the usual pattern that I have identified in trafficking of antiquities internationally several times during my career.”

Tsirogiannis identified both lekythoi on sale in London in photographs in the Becchina archive. “It is the same lekythos without a doubt: the same shape with the same missing parts, the same marks of damage on the surface, the same scene in relief, and the same inscription, which is also transcribed by the middleman on one of the Polaroid images,” Tsirogiannis said.

Interpol has alerted the ministry of culture in Greece to the lekythoi’s presence, so it can submit an ownership claim should it wish to do so.