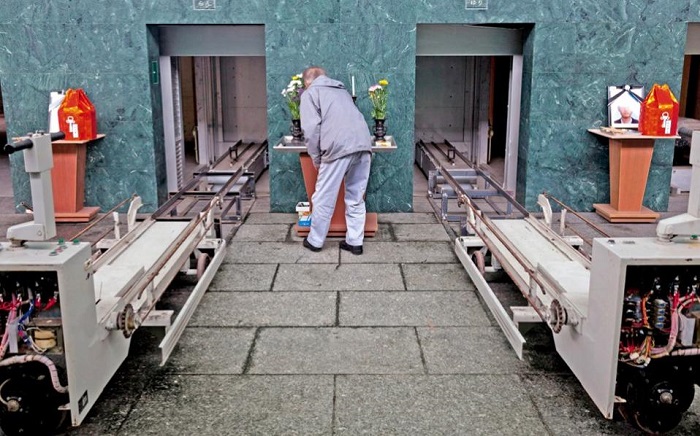 The Greek Parliament has approved a bill which paves the way for the construction of a crematorium in Eleonas, near Athens.
The bill gives the green light to the Municipality of Athens to construct the crematorium at a plot of about 10 acres.
The cost of the project is estimated to be around €1.5 million, and it will be awarded through public tender.
Experts say that the cost of a cremation; once the facilities are ready, will be about 500 euros.
Demand for cremations has surged in recent years because cemeteries are overcrowded, particularly Athens, where more than half of the country’s population of 11 million live.
Limited availability means that grave plots have to be recycled, with relatives forced to exhume their dead after three years. Gravediggers are paid to remove bones and return them to the families in boxes, so that they can be placed in a tomb.
Up until now many Greeks have opted to travel abroad; to neighbouring Bulgaria in particular, to cremate their loved ones at considerably lower cost.
Greece made cremation of the dead legal in February 2016, despite strong opposition from the Orthodox Church.
The Church views cremation as a violation of the human body and forbids its members from reducing their bodies to ash.