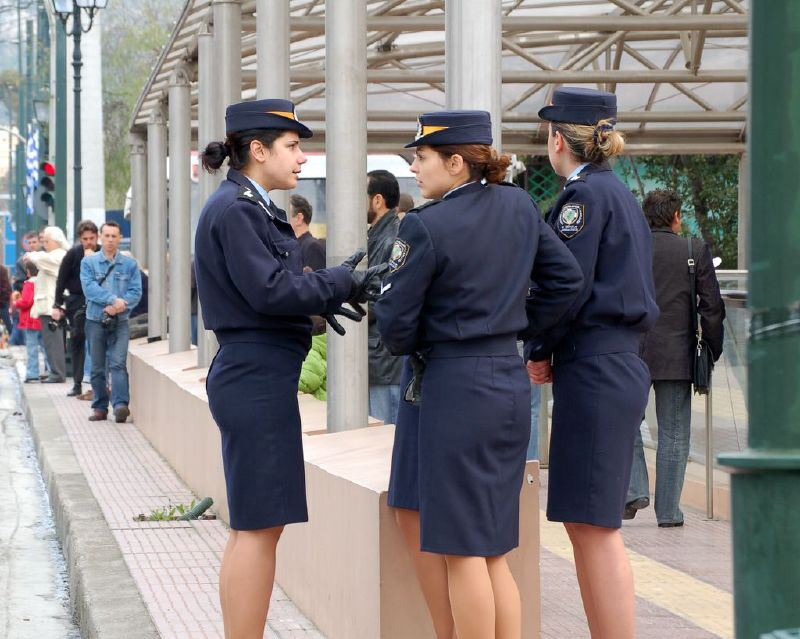 European police forces cannot impose blanket height restrictions on recruits because that discriminates against women, the EU’s top court ruled on Wednesday, throwing out an argument from the Greek government.
Athens had defended a minimum height requirement for entry to the Greek police academy of 1.70 metres (5 feet 7 inches) after a Greek woman complained of sex discrimination, when her application to join the force was rejected in 2007 because she was too short.
But the European Court of Justice ruled that such a blanket restriction was not justified. It said some tasks in the police – like traffic duty – do not require special physical characteristics; while even for those for which a physical aptitude is needed, tests could be less discriminatory against women.
In answering Wednesday that Greece’s law may be discriminatory, the Luxembourg-based court questioned how critical height requirements are to police work.
“While it is true that the exercise of police functions involving the protection of persons and goods, the arrest and custody of offenders and the conduct of crime prevention patrols may require the use of physical force requiring a particular physical aptitude, the fact remains that certain police functions, such as providing assistance to citizens or traffic control, do not clearly require the use of significant physical force,” the opinion states.
“Furthermore, even if all the functions carried out by the Greek police required a particular physical aptitude, it would not appear that such an aptitude is necessarily connected with being of a certain minimum height and that shorter persons naturally lack that aptitude,” the court said.
Women account for 13% of police officers in Greece.
That compares to 18% in France; where a 1.60-metre rule was scrapped in 2010, and 29% in England and Wales; which abandoned minimum heights for both men and women 27 years ago.