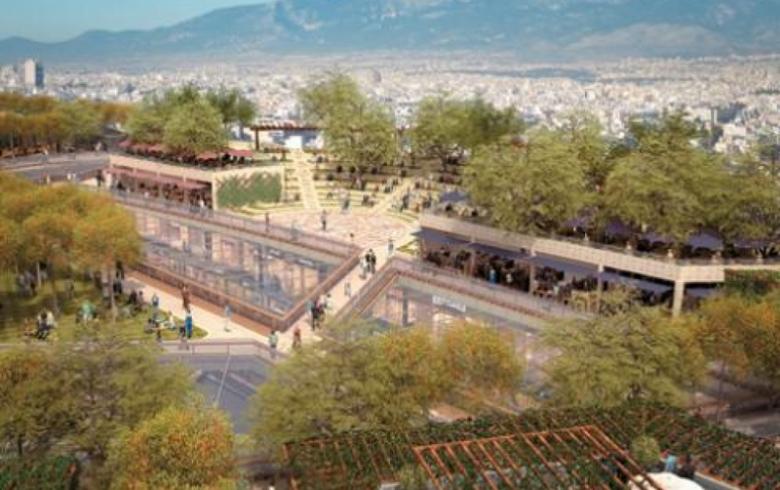 BlackRock has indefinitely postponed an investment project in Athens; that is estimated at 300 million euros, due to continuous hurdles put forth by leftist groups and bureaucracy.
Since 2007, BlackRock, one of the largest investment management companies globally, has been planning the Academy Gardens, a shopping center in the former Mouzaki Textile factory on Kifissos Avenue, near the Plato Academy. According to information leaked to the press, the 300-million-euro project has been “frozen” indefinitely.
According to an Insider.gr report, the land; which at the time belonged to real estate investment fund MGPA, a subsidiary of the Australian investment group Macquarie Group, was purchased in 2007 by Artume. In 2013, BlackRock acquired MGPA, and together with other assets, Artume went into the portfolio of BlackRock Europe Property Fund III.
However, several factors made the project next to impossible to materialize. Land use regulations, building permits, hurdles by the archaeological agencies, and opposition from leftist groups, resulted in the project being put on hold.
Over the past few months the project was approved by the Council of State, Greece’s highest administrative court. At the same time, Environment and Energy Minister Giorgos Stathakis approved the modification of construction regulations in the area, and decided to sign a Memorandum of Understanding with the investor.
However, the presidential decree that would allow works to start, has not been signed yet. According to Insider.gr, investors criticize the environment and energy ministry for obstructionism, claiming the minister is succumbing to unreasonable demands by groups within the ruling party and other leftist activist groups that oppose the project.