GRNews
GreekReporter.comGreek NewsArchaeologyAncient City of Ephesus to be Reunited with Sea

Ancient City of Ephesus to be Reunited with Sea 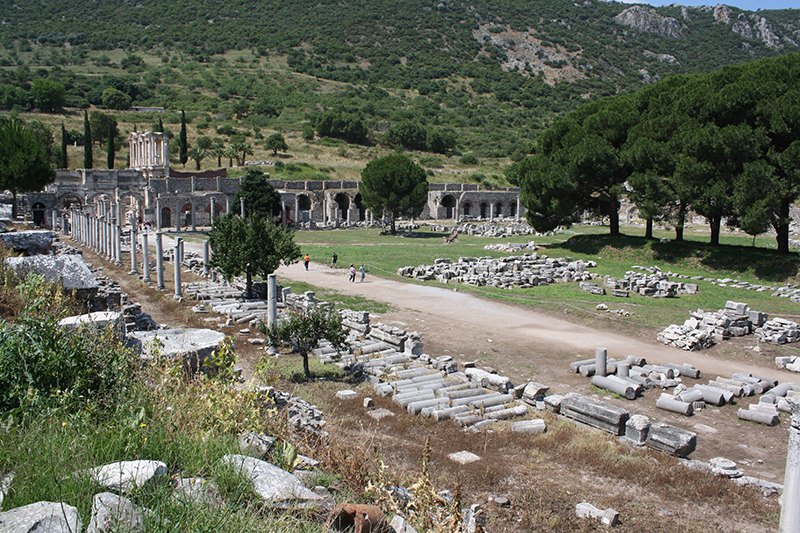 The ancient city of Ephesus; an ancient Greek city on the coast of Ionia, located in the western province of İzmir, is set to once again have a harbor on the Aegean coast, according to an ambitious new project.

In the ancient era Ephesus; which is today one of Turkey’s top tourist attractions, was connected to a harbor on the Aegean Sea with a broad canal, but the port and the canal have silted up by the Cayster River in the years since.

The area around Ephesus has turned into near-swampland and currently the city is six kilometers from the sea.

An “Antique Canal Project” would refill the canal and eventually link the ancient harbor to the sea once again. A 6,130-meter section of the canal has been covered with alluvium over the centuries.

The project would also deepen and enlarge the canal, adding that the tender for the project will be held on Oct. 19 this year, with construction starting in February or March 2018.

Ephesus was an ancient Greek city on the coast of Ionia, three kilometres southwest of present-day Selçuk in İzmir Province. It was built in the 10th century BC on the site of the former Arzawan capital by Attic and Ionian Greek colonists.

During the Classical Greek era it was one of the twelve cities of the Ionian League. The city flourished after it came under the control of the Roman Republic in 129 BC.