Archaeologists in Turkey have made a discovery which could settle a century-old debate and disappoint millions of children around the world.

They have unearthed what they say is likely the tomb of the original Santa Claus, or Saint Nicholas, beneath an ancient church in Demre, southern Turkey.

Demre, previously known as Myra, in the province of Antalya, is believed to be the birthplace of the 4th century bishop.

Cemil Karabayram, the head of Antalya’s Monument Authority, said the shrine was discovered during electronic surveys that showed gaps beneath the church.

“We believe this shrine has not been damaged at all, but it is quite difficult to get to it as there are mosaics on the floor,” Mr Karabayram told the Turkish Hurriyet Daily News. 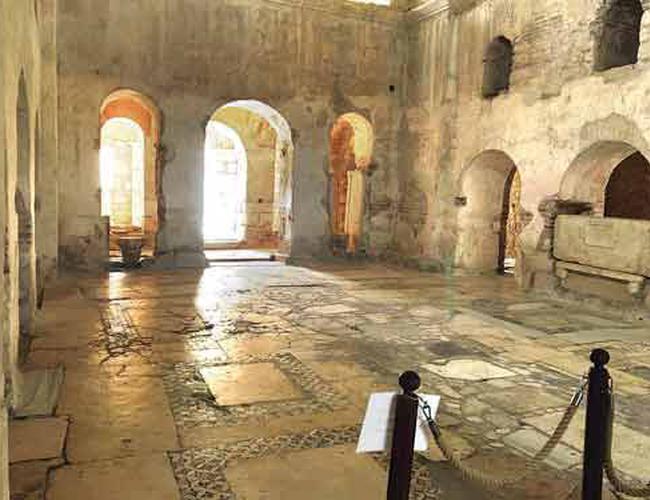 He said he is very optimistic about uncovering Saint Nicholas’s remains, but warned it will take some time to scale each tile one by one and remove them as a whole in a mold.

At the time of his death in 343 A.D., Saint Nicholas was interred at the church in Demre, where he lay undisturbed until the 11th century.

Previously, the remains were believed to have then been smuggled by merchants to the Italian city of Bari, in the year 1087. Christians have been visiting the site of what was thought to be his final resting place, in Bari’s Basilica di San Nicola.

However, Turkish experts are now claiming the wrong bones were removed, and those taken abroad belong to another local priest, rather than the legendary bishop.