GRNews
GreekReporter.comGreek NewsEnergyGreek Permit for Greece-Bulgaria Gas Pipeline to be Issued in 2018 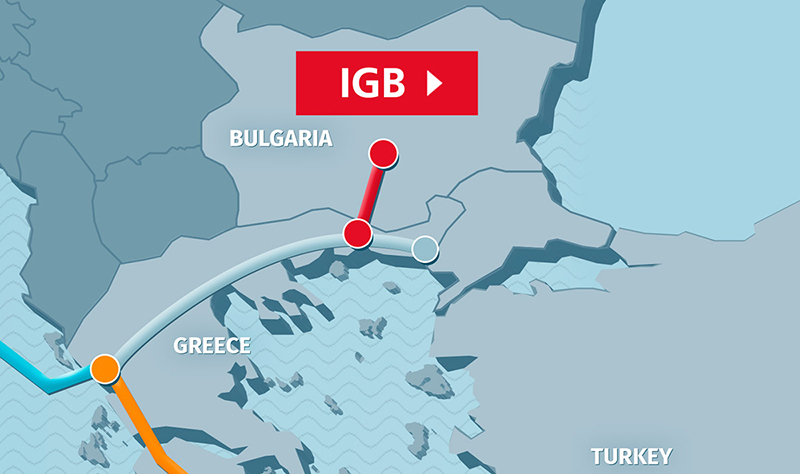 ICGB, the project company developing the gas interconnection Greece-Bulgaria, has said it expects to receive a building permit for the section of the pipeline on Greek territory no earlier than 2018.
The first step in the process of obtaining a building permit will be a decision for exemption from the rules for tariff, ownership and access to third parties, expected to be adopted by the regulatory authorities of both countries this month, and by the EU at the beginning of 2018, ICGB said in a statement on Wednesday.
After that, the project has to obtain a licence for a transmission system operator, which is a condition for obtaining a building permit under Greek law.
The IGB pipeline will connect the Greek gas transmission system in the area of Komotini, to the Bulgarian gas transmission system in the area of Stara Zagora.
The planned length of the pipeline is 182 km, and the projected capacity will be up to 3 billion cu m per year in the direction from Greece to Bulgaria.
Depending on interest from the market and the capacities of the neighbouring gas transmission systems, the capacity of the pipeline can be increased up to 5 billion cu m per year, thus allowing for physical reverse flow from Bulgaria to Greece with the additional installation of a compressor station.
The gas link is estimated to cost 220 million euro ($241.8 million). The project company has secured a sovereign guarantee of 110 million euro under the annual state budget act, which could ensure loan financing under preferable conditions.