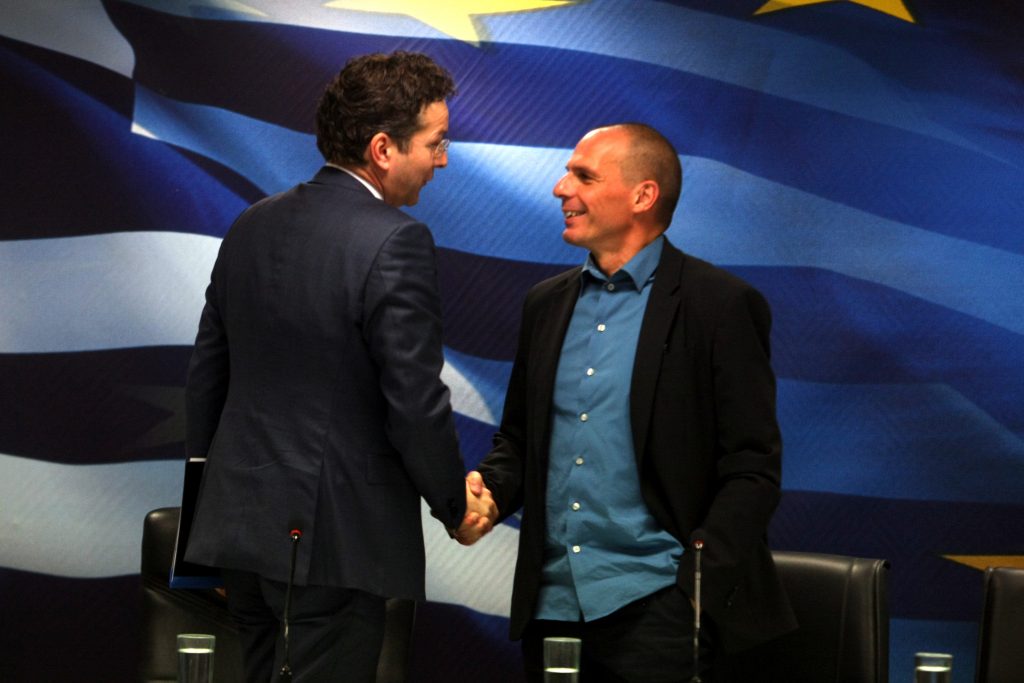 Eurogroup President Jeroen Dijsselbloem is to arrive in Greece on Monday for talks with Finance Minister Euclid Tsakalotos as a prelude to the third review of the bailout program.
The Dutch economist will be accompanied by the head of the Euro Working Group, Thomas Wieser, and after meeting with Tsakalotos, he will speak at an Economist conference, which will attempt to explore how fast Greece can grow.
This is the first time the Eurogroup chief visits Greece after the memorable press conference of January 30, 2015, when Greek finance minister Yanis Varoufakis representing the new leftist government at the time told Dijsselbloem that Greece wants nothing to do with its international creditors, dubbed then as the “Troika.”
At the end of that conference, there was an awkward moment when Dijsselbloem reluctantly shook hands with Varoufakis, leaned over and said something in his ear, to which the Greek finance minister replied with a “Wow”. Later Varoufakis said that Dijsselbloem’s words were: “You just killed the troika”.
Since then, things have changed dramatically. A few months later Greece signed a harsh bailout program and the previously defiant administration followed the steps of its predeccesors.
The third review of the bailout program
The end of September for Greece is marked with the beginning of negotiations for the third bailout program. Athens must fulfill all the pre-requisites (95 in total) by November. Most of the reforms required have to do with labor laws and pensions.
Wieser has described the possible scenarios for the day after the end of the third bailout program in August 2018. An option is a clean exit, in which Greece will have to implement new measures and receive no financial support.
Reportedly, the Greek government supports the clean-out scenario. However, under any scenario, Greece will be under tough supervision from lenders until 75 percent of the total loans have been paid off.
Watch video of the Dijsselbloem-Varoufakis handshake below: