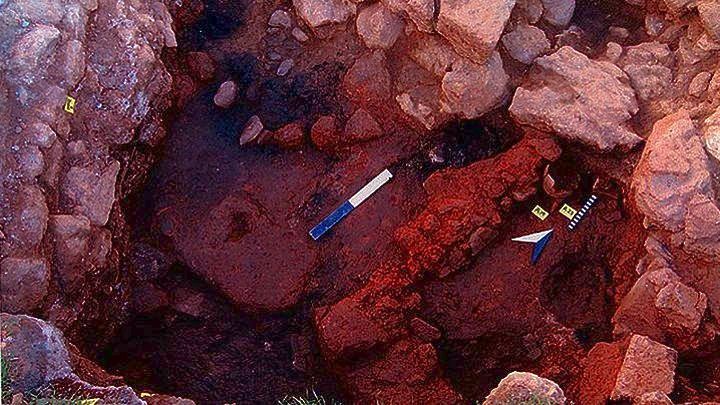 A number of fossilised footprints believed to belong to an ancestor of modern humans have been stolen from Kissamos on Crete,authorities revealed on Thursday.
Ten of some 40 footprints on the Kasteli site have been cut away and removed from the rock, where they were found by a Polish paleontologist in 2002.
The theft was reported by a member of the public that visited the site on Tuesday and alerted local police, and was later confirmed by the Natural History Museum of Crete.
Police and scientists are now investigating the case, while Kissamos Mayor Thodoris Stathakis, in statements to the Athens-Macedonian News Agency, said it raised the issue of protecting cultural heritage sites in the area.
“The issue of showcasing but also protecting antiquities that exist in the region must be dealt with directly,” he said.
In an announcement issued on Thursday, the Natural History Museum of Crete confirmed the theft and noted that the entire site and the footprints found have been accurately measured and recorded by research teams using laser techniques, so that every part of it is immediately identifiable and recognisable.
As a result, the museum says, it would be impossible to attempt to sell the footprints without the theft being immediately detected.
Source: ANA-MPA