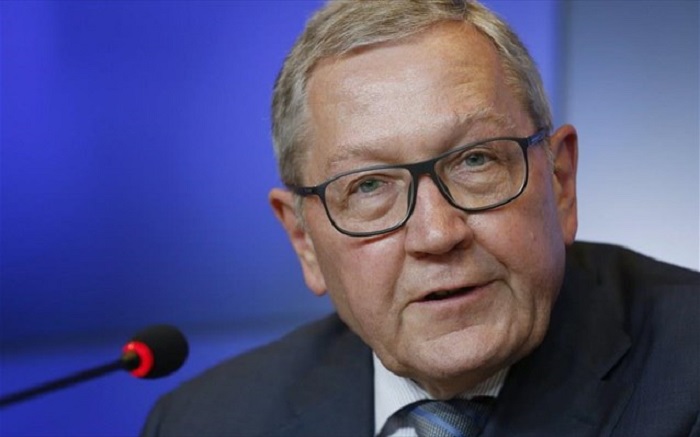 The Greek government is on the right track, ESM Chief Klaus Regling said, reiterating the need to continue implementing the agreed actions.
In a keynote speech titled “Germany, Greece, and the euro” delivered in Kassel, Germany on Saturday, Regling said that “the Greek government is now on the right track to successfully end the ESM programme, as long as it continues to implement the agreed reforms”.
He added that if the government sticks to its reform course, the other euro area countries could provide further debt relief after it ends the current programme in 2018 – “obviously only if there is the need to do so”.
Comparing Greece with other Eurozone countries that were rescued, he said that nowhere else were the problems so serious, and nowhere else was the government’s ability to act so weak.
“On top of that, the country marched in the wrong direction under Finance Minister Varoufakis for a period of six months in 2015”, he added.
Regling singled out critics, particularly in Germany, who complain that Greece has done little to come out of the crisis.
“This is an unacceptable distortion of the facts, and an insult to the Greek people, who have had to accept cuts in wages, salaries, and pensions that would have been unimaginable in Germany”, he said.
He stressed that Greece has made “considerable progress” by reducing the budget deficit and implementing structural reforms in public administration, the pension system, banking and labor laws.
Full speech here