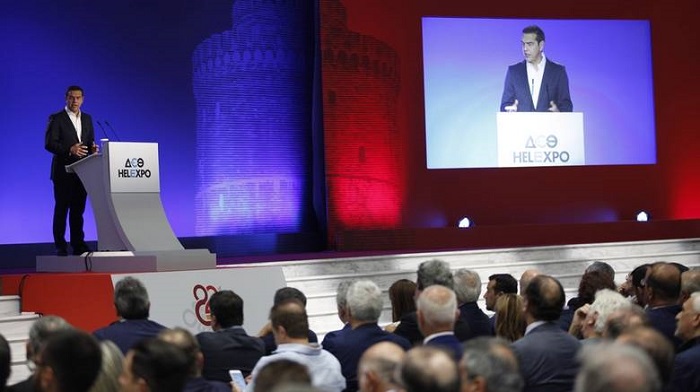 Speaking Saturday at the opening of the 82nd Thessaloniki International Fair Prime Minister Alexis Tsipras says the Greek economy is turning around and will no longer be under the supervision of the country’s creditors in 2018.
To demonstrate his optimism, the Greek Premier said a French businessman accompanying French President Emmanuel Macron on his 2-day visit to Greece this week told him that Grexit – the likelihood of the deeply indebted country leaving the 19-nation eurozone – has become Grinvestment.
“The country is becoming a strategic partner of the major financial powers of the planet,” he said, referring to recent visits to Greece by French and Russian leaders and from China which is this year’s “honored” country at the event.”
“The country’s image has changed dramatically for the better, the signs of recovery are clear, to us, to investors and to our partners,” he said.
Tsipras said that “I am certain that, this time next year, (creditor) supervision will have ended.”
He added that the Greek economy will grow in 2017 after a 9-year recession. He said jobs are growing at the fastest pace since 2001.