GRNews
GreekReporter.comLifeeventsMarinella, Antonis Remos to Sing in LA on October 7

Marinella, Antonis Remos to Sing in LA on October 7 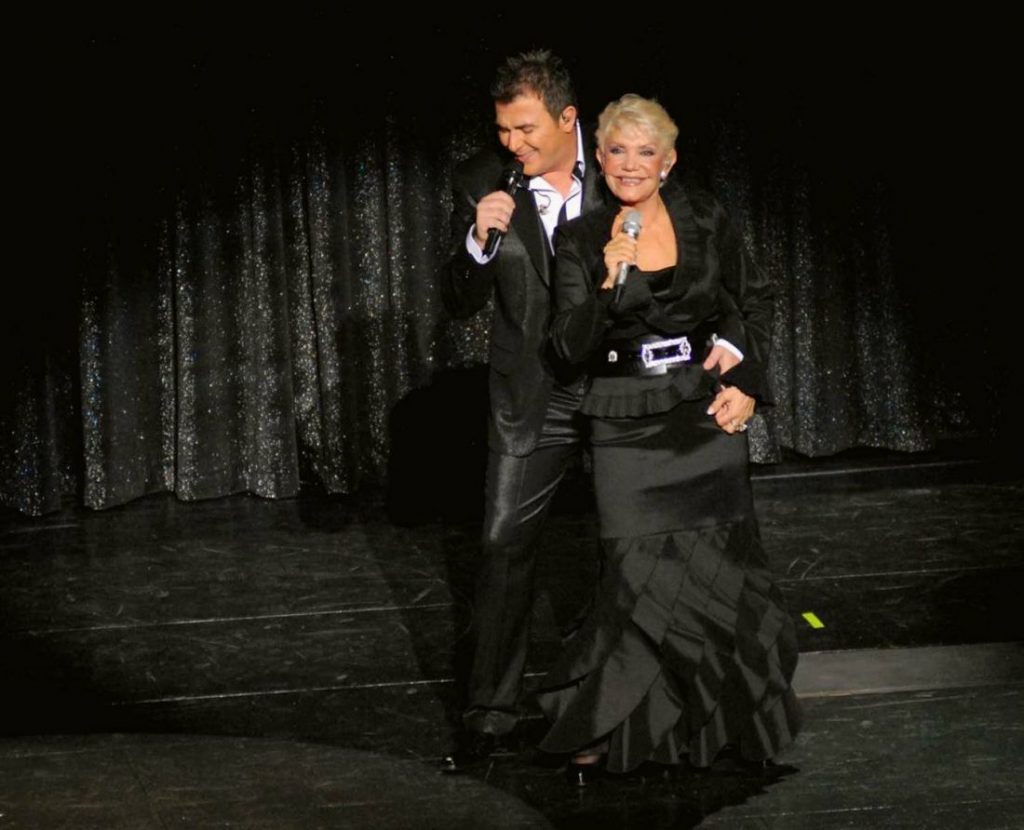 Emblematic Greek singers Marinella and Antonis Remos are to perform at the historical Orpheum Theatre located in Downtown Los Angeles on October 7.

The two legendary performers, represent two different generations of music in modern Greece, revered by Greeks around the world. The night will open with “The Funny Greek”, Angelo Tsarouchas, who will kick off the night with a stand-up comedy routine.

Since its launch in 2012, Power Muse Productions brings Greece’s finest entertainers to the West Coast. The October 7 event is a great example.

Celebrating sixty years in the music business, Marinella returns to Los Angeles with her great voice after thirty years exactly, as her last appearance in LA was on October 7, 1987.

Antonis Remos is probably Greece’s most popular singer at the moment, with his performances driving crowds wild. Marinella and Remos will be highlighting their most popular songs individually as well as uniting their voices together with trademark Greek songs. 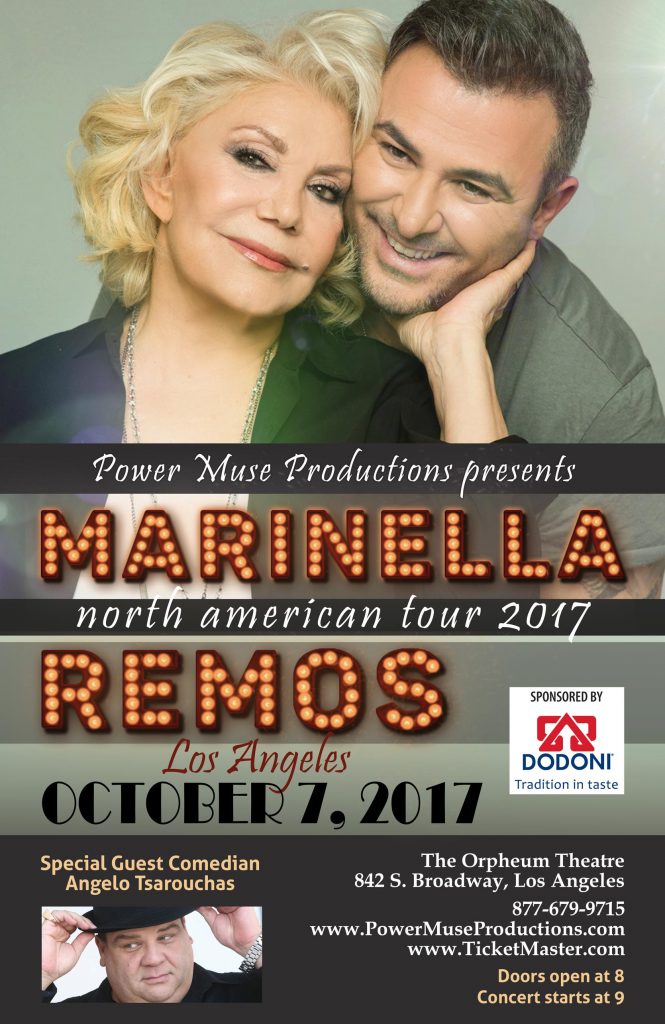