Brussels Raises Concerns Ahead of the Greek Third Program Review 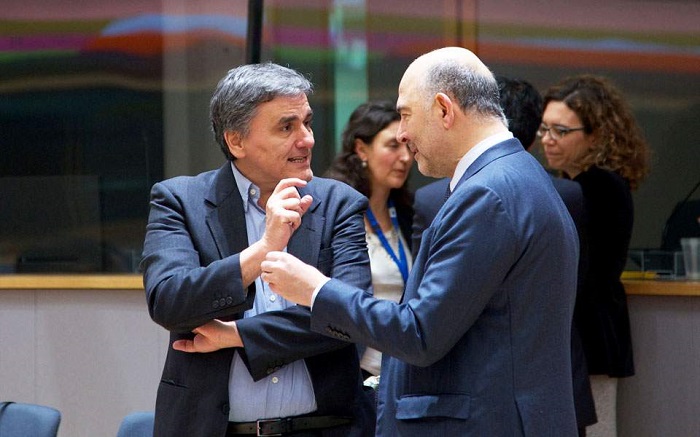 European creditors have raised concerns about the implementation of the Greek program at the Eurogroup Working Group (EWG) meeting on Monday in Brussels.
The meeting discussed the third program review ahead of the informal Eurogroup to be held on September 15 in Tallinn, Estonia.
According to reports, European officials expressed unease about the continuing prosecution of former ELSTAT chief Andreas Georgiou, despite the fact that they recognize that the issue is dealt by the courts and not the government.
At the same time, there is concern regarding the latest bill on labor reforms, which according to some will cancel out older reforms mutually agreed with the institutions.
The EWG is also expecting Greece to send some additional information concerning the clearing of state arrears towards private individuals before it disburses the next 800-million-euro loan tranche.
After this data is examined, the European Stability Mechanism will approve the disbursement.
According to Athens-Macedonian News Agency’s sources, the senior officials of the Eurozone finance ministries assessed that the economic situation in Greece is improving and that the target for a primary surplus of 1.75 percent is feasible, bank deposits are returning and growth this year could exceed 1.8 percent.
The technical teams are expected to return to Athens next week and the heads of the institutions in mid-October.
The third review will include 95 prior actions, most of which concern the implementation of reforms that have already been voted on.
Earlier on Monday, the Economic and Financial Committee (EFC) gave the “green light” for Greece’s exit from the excessive deficit procedure during a meeting in Brussels, after a positive recommendation by the European Commission, according to a Eurozone source.
According to the source, the final decision is expected to be ratified in September at the level of ambassadors (COREPER).